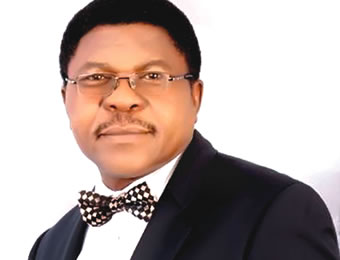 FOLLOWING the growing state of insecurity in the land, the Deputy Whip of the House of Representatives, Honourable Pally Iriase at weekend urged the Federal Government to declare state of emergency over security in the country with a view to arresting the ugly developments.

This came just as the lawmaker described the quit notice given to the Igbos by the Arewa to quit the North by October 1 this year as the most irresponsible statement ever made by a group in the annals of the country.

Speaking with newsmen in Abuja at the weekend, Honourable Iriase, representing Owan East/West Federal Constituency of Edo State, also called on the Federal Government and security operatives to urgently check the activities of bandits, that kill, rape and kidnap people at will in the state.

The lawmaker lamented that most of the communities in Edo State, especially Owan East and West, Etsako and Akoko-Edo are under siege by the bandits with all sorts of sophisticated weapons like machine guns.

He noted that around the areas where these agents of death carry out their activities were military and police barracks.

The lawmaker stated that there might be connections between the Boko Haram that were dislodged in the Northeast and those operating in Edo especially in Owan, Etsako and Akoko-Edo, going by their use of sophisticated weapons.

He said that police with regular weapons and vigilante with their Dane guns around the area could not match the bandits, that carry dangerous weapons.

The lawmaker advised the military and other security personnel to join forces in order to checkmate the activities of the invaders.

On the activities of the bandits, the lawmaker said, “These bandits may well be the terrorist gangs dislodged in the Northeast, because of the kind of sophisticated weapons they are carrying and the way they are kidnapping and collecting ransom from victims.

“If these activities are not checked, what we are experiencing in the Northeast may be transferred to the South-South.”