Deaconess Olawale: We are sincerely wrong! 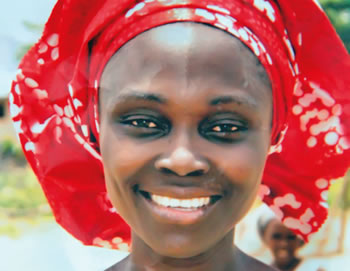 Today being the neo-Sabbath day of the Lord, I can feel all the rightness of this my unpopular position on the brutal murder of Deaconess Eunice Olawale, a spiritual worker in RCCG, by suspected Islam extremists in Abuja. In a vicious world of do-me, I-do-you, God-no-go-vex, my admonition may rankle many, especially those whose understanding of the leading of God isn’t beyond an-eye-for-an-eye.

In year 2000, my kid brother was brutally murdered in Owo, Ondo State. It was a gruesome killing by all measure. I won’t go into details, but it tore and bore into us. With the most restricted, rarely prescribed and trustingly-effective sedative, injected to minimise my mother’s sorrow, she was alarmingly wide-awake when the news was broken to her by men of God. Despite being a fervent born-again, her faith and everyone’s was badly shaken. As of then, she was a widow of 10 years.

A few days before, the deceased older sister had given the family something to cheer with her wedding. Suspects were arrested. My mother had every reason to “fight.” She had those who could “fight” for her. I was the most-determined to “fight.” I wasn’t born-again and had all the right contacts to tap. I rejected pleas of traditional institutions then around Ondo State. I fired a petition to the then Inspector-General of Police. Friends in high places were more than willing to help. In the middle of all my vows for revenge, a certain night I passed at my mum’s place in Ilesa, she woke me up at midnight and passionately pleaded I left the whole matter to God. I initially resisted, but when she became extremely emotional, I melted. We drained our sorrow with others around in our tears and quietly nursed our wounded hearts until time healed it.

In 2005, medical personnel at U.C.H glaringly mishandled a domestic accident involving my daughter. Had she lived, it should have been her 14th birthday months back. I had better capacity to seek human justice than year 2000, but just a word from the Matron set my heart free from vengeance. I left it to God. Today, the two stories are sweeter.

I went into hurtful memories to answer the likely tu quo que (what about you) probing. When you try to persuade or dissuade, the first human test of your sincerity is Yoruba’s so se e ri (have you been there before), especially when someone is being admonished to move on in the face of perceived, real or imagined injustice.

By all intent, a grave injustice has been done the Olawales, the nine of them; murdered mum, the mourning widower and motherless seven kids, not only by the killers of the evangelist but by us all, who watched in bemusing numbness as our humanity gradually goes to the dogs. Eunice fell, not to the hate and intolerance of her killers and their patron Imam, but the coldness of our collective hypocritical religiousness.

What is religion? Rev. Sam Adesua, former Managing Director and Editor-in-Chief of Nigerian Tribune, in his new book “The Clock of Man’s Life”, (as usual, he graciously autographed the copy he sent me) is succinct by the help of the Holy Spirit when he said, “But unfortunately, religion can only tell you about what is good and what is bad. It can tell you about things that are acceptable or unacceptable to the Supreme Being. Religions also present various injunctions to ensure harmonious relationship with other human beings for peaceful co-existence. But the power to do what is right and the power to steer clear of what is wrong or unacceptable, religion cannot give to anyone. This is where religion has its major limitation.

“This explains why in spite of the proliferation of religious houses and places of worship, the evils that religion seemingly abhors are on the increase every day. This is why you see many religious zealots committing some heinous crimes even in the name of religion. They kill; they maim innocent people and destroy properties of innocent people unwarrantedly in the course of their religion.

“This is the limitation of mere religion without the saving grace of God brought by the work of salvation that Jesus perfected for man on the cross at Calvary. This is why this book tries to draw a line of distinction between being sincere and being right. There is emphasis on people who in spite of their sincerity are apparently wrong”.

I won’t join the media-space sophistry on this raging issue. With the information in public arena, even if distorted to justify certain ends, over the spat between Senators Oluremi Tinubu and Dino Melaye, the truth can be easily deciphered by a mind not tainted by paroxysm and parochialism. The bad blood on both sides, is understandable. The undercurrents of their partisanship are also known. But both are wrong.

Remi the politician can imitate Aisha Buhari’s “doggy” metaphor. But not Sister Remi, the born-again child of the Most High. If her spirit is actually in consonance with 2 Corinthians 5:17, then all old things, including equating another creature with animal under whatever guise, should have gone with the past. The newness of her spirit, soul and body, complete with a heart of flesh as admonished by the Word of God, should be above any ephemeral thing, including senate leadership desire.

I have a slight doubt if Sister Remi had actually transformed, without being judgmental. If the executive session was behind a closed door and it would be parties words against one another, what about the needless open insolence against Senate President BukolaSaraki, during the senators’ inauguration? Sister Remi has a duty to be a Light wherever she is, as the daughter of the Light of the World. No provocation should be enough to bear such fruits of the flesh. I guess Daddy G.O needs a session with his own in public offices in this season of “unleavened” politics. And Dino?Hmmmm. What a name. What a fellow. May God have mercy on his soul.

Why we came to Nigeria to snatch vehicles —Beninois suspects

Senate and its endless rumbles, drama

Are Buhari’s breasts enough for Akpabio?

Much ado about sex