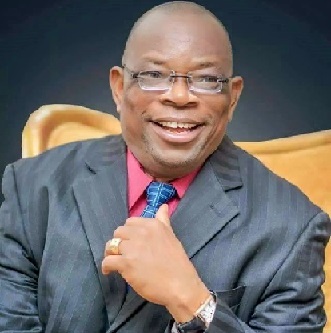 The Delta Central 2023 group, otherwise known as DC-23, is primarily created to ensure the emergence of a governor of Urhobo extraction and not to launder the image of the leader of the group, Chief Ighoyota Amori.

This is the view of the People’s Democratic Party (PDP) chieftain and former governorship aspirant, Chief Sunny Onuesoke, during a chat with journalists at Agbarha-Otor, Ughelli North Local Government Area of Delta State.

He reiterated that DC-23 was created to project an Urhobo candidate for Delta State governor in 2023 and not for the personal political ambition of Chief Amori.

He, therefore, urged Deltans to disabuse their minds from the rumour making the rounds that Chief Amori is using the group to launder his political image for a Senate slot come 2023.

Onuesoke observed that the erroneous belief that DC-23 is being used to the advantage of Amori instead of that of Urhobo people has somehow affected the credibility of the group.

According to him, the group was created to sustain unity for the common good and the actualisation of a PDP governor from Delta Central come 2023.

“DC-23 is neither a one-man show nor a political party. It is a pressure group within the PDP in Delta Central put together by prominent elders and leaders of Delta Central with a single objective of delivering on the governorship project in 2023.

“Upon the completion of Okowa’s two terms in 2023, it is expected that it would be Urhobo (Delta Central) turn to occupy the governorship seat in 2023 in line with the zoning principle,” he stated.

In spite of the huge investment in the water sector by the government and international organisations, water scarcity has grown to become a perennial nightmare for residents of Abeokuta, the Ogun State capital. This report x-rays the lives and experiences of residents in getting clean, potable and affordable water amidst the surge of COVID-19 cases in the state…  DC-23 created to project Urhobo governorship candidate, not individuals’ ambition