Entertainment
By Favour Boluwade On May 7, 2021 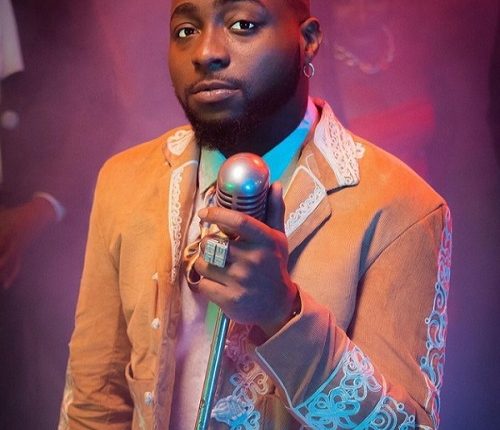 David Adeleke is a man of colour and is notably a king on social media as a stunt has just been pulled to the surprise and of course amusement of fans; getting himself a dedicated emoji to celebrate #DavidoAt10 in the music and entertainment industry.

The 27-year old founder of Davido Music Worldwide (DMW) today celebrates his 10th year of making music in Nigeria and across the borders.

With his ‘Dami Duro’ remix in 2012, Davido appeared from the onset a controversial singer and that has come in handy for him.

The Nigerian-American singer’s earliest songs which include ‘Ekuro’, ‘Gobe’, ‘Skelewu, ‘Aye, ‘Fia, ‘If’, ‘Fall’, topped musical charts and received exceptional awards at each season of release, having YouTube views of at least 30 million, with ‘Fall’ at 202 million views already.

Davido has oftentimes called himself the “greatest in Africa” and on this anniversary, records of his numerous streams across all musical platforms globally are decorating the social media space .

He founded the DMW record label in 2016 and has signed artistes who are doing well musically too including Peruzzi, Mayorkun and newbie Liya.

Davido won Best International Act at the 2018 BET Awards; becoming the first African artiste to receive his award on the main stage.

He has a total of 845 million YouTube views and over 15 musical awards to celebrate today.

In spite of the huge investment in the water sector by the government and international organisations, water scarcity has grown to become a perennial nightmare for residents of Abeokuta, the Ogun State capital. This report x-rays the lives and experiences of residents in getting clean, potable and affordable water amidst the surge of COVID-19 cases in the state.  Davido celebrates 10 years in music

The Lagos-Ibadan railway was inaugurated recently for a full paid operation by the Nigerian Railway Corporation after about a year of free test-run. Our reporter joined the train to and fro Lagos from Ibadan and tells his experience in this report… Davido celebrates 10 years in music