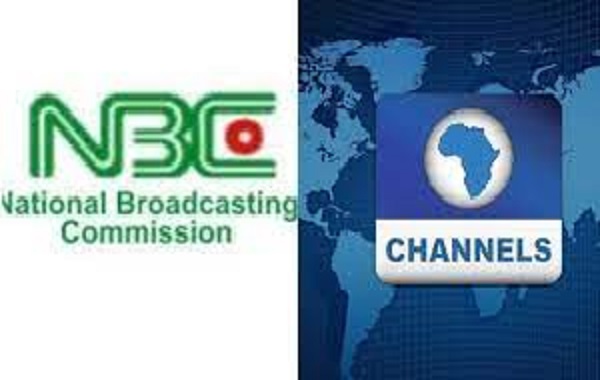 The National Broadcasting Commission (NBC) has fined Channels TV and Inspiration FM Lagos N5 million each for infractions of the Nigeria Broadcasting Code.

Professor Armstrong Idachaba, the Acting Director-General of the NBC, made this know in a statement made available to the media, on Thursday in Abuja.

Professor Idachaba explained that the NBC on Monday, April 26, served Channels TV a letter indicating the station’s culpability and liability for infractions of the Code in respect to its broadcast of “Politics Today” of Sunday, April 25.

The NBC boss noted that the station violated Sections 3.11.1(b) and 5.4.3 of the Nigeria Broadcasting Code.

In the same vein, Professor Idachaba said on May 2, in its World Report, Inspiration FM Lagos aired a broadcast of the Indigenous People of Biafra (IPOB) making secessionist claims in breach of 3.11.1(b) and 5.4.3 of the Code.

“Section 3.11.1(b), the Broadcaster shall ensure that no programme contains anything which amounts to subversion of constituted authority or compromises the unity or corporate existence of Nigeria as a sovereign state.

“Section 5.4.3, in reporting conflict situations, the broadcaster shall perform the role of a peace agent by adhering to the principle of responsibility, accuracy and neutrality,” he said.

The Acting DG noted that the violations of the identified sections, being a ‘Class A’ offence, attracts sanctions in section 15.2.1 of the Nigeria Broadcasting Code which provides “Immediate order of suspension of broadcast services; suspension of licence and immediate shut down and seal up of transmitter, revocation of licence, seizure and forfeiture or transmitting equipment

He said other countries in the world had taken measures through regulations and the law to curb excesses.

He said such include the destruction of lives, property and the unwanton breakdown of law characterised by negative broadcast of terrorist groups such as the IPOB.

According to him, the United Kingdom Government took action against the IRA and banned it from airing inflammatory and divisive rhetoric to its use audiences.

“Following the announcements of liability to the sanctions stated in 15.1.1 and 15.1.2 both stations have accepted culpability for the infractions and earlier offered unreserved apologies for the breaches.

“Following the announcements of liability to the sanctions stated in 15.1.1 and 15.1.2 both stations have accepted culpability for the infractions and earlier offered unreserved apologies for the breaches.

“The NBC has reviewed the appeals and apologies from both stations, and has decided to set aside the option of suspension of licence.

“The Commission has, however, directed both stations (Channels TV and Inspirational FM) to pay N5 million penalty each to serve as deterrent,” Professor Idachaba said.

In spite of the huge investment in the water sector by the government and international organisations, water scarcity has grown to become a perennial nightmare for residents of Abeokuta, the Ogun State capital. This report x-rays the lives and experiences of residents in getting clean, potable and affordable water amidst the surge of COVID-19 cases in the state. IPOB interview: NBC fines Channels TV, Inspiration FM N5m each

Our motive was not to kill but to make money, Kidnappers tell Yagba chairman