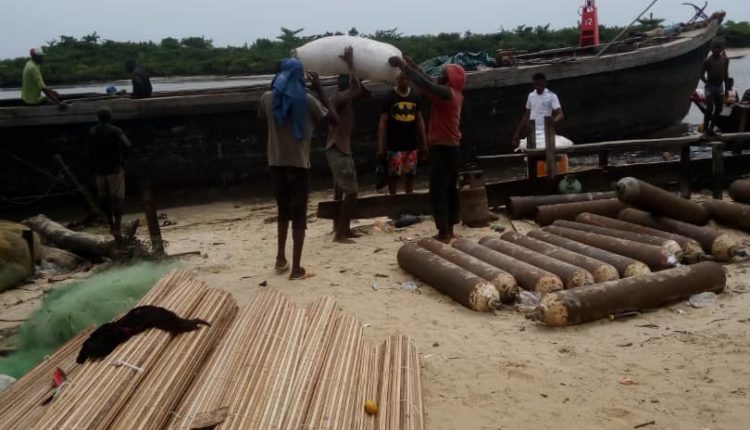 Gradual tension is building up between the Ilajes and their Itsekiri hosts of Ogidigben community in Warri South West Local Government Area of Delta State over alleged obnoxious tax burden.

The Ilaje settlers in the community have since appealed to Delta State Governor, Dr. Ifeanyi Okowa to call the Itsekiris to order for their economic activities to thrive. 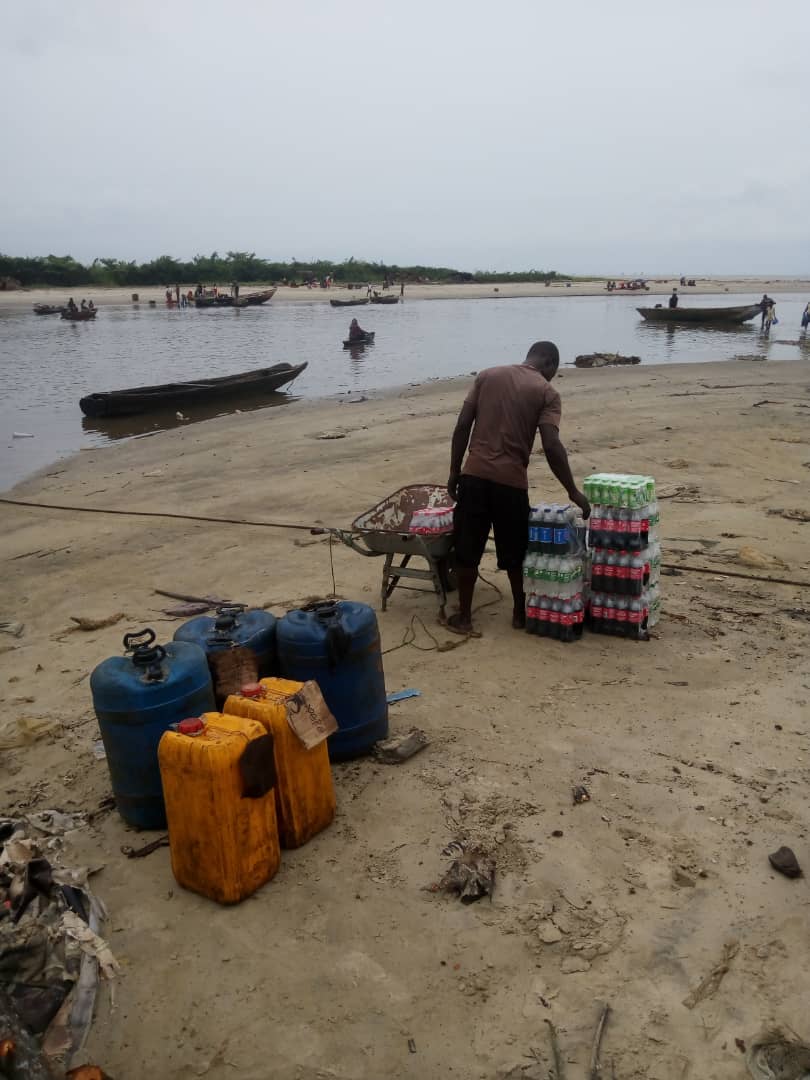 The Ilaje community leaders comprising three traditional chiefs (Baales) of Egbe-Okura 1, Egbe-Okuta 2 and Ogidigben Sea Shore districts, Chief Oluwole Ojamami, Chief Asego Oretan and Chief Solomon Agidogun respectively, told journalists at an interactive session in Warri on Thursday that they (Ilajes) have been living peacefully and obediently as tenants with their Itsekiri landlords until recently.

They said their host imposed “some obnoxious levies and taxes on their economic activities as well as some draconian laws” and the situation is weighing on them and causing tension between the two brothers.

According to the Ilaje leaders, in spite of their harmonious disposition and regular payments of their tenancy, their landlords at Ogidigben “came up with directives, levies and tax regime on all goods transported through local boats from Ondo State and Warri to the community for their consumption.”

They lamented that the new directives and tax regime forbade goods being ferried from Ondo State to berth at Ogidigben jetty which is easily accessible to the Ilajes.

They also accused the Itsekiri leaders of Ogidigben of restricting Ilajes from buying and ferrying their luggage with their own boats except through boats belonging to Itsekiris.

A letter signed by the committee chairman and secretary of the Ogidigben community, Louis Pirah and Harriman Madamedon, made available to journalists, stipulates the price list for goods on local boats between Warri and Ogidigben, and directed Baales of the Ilajes to eject “all community tenants and strangers” who are uncomfortable with the law.

The statement dated February 10, 2021 with emphasis on Ogidigben Community Market Restructuring, banned speed and wooden boats from conveying about 55 items (goods) from anywhere to Ilaje communities, halt all forms of trading activities on Wednesdays except in the main market with stiff penalties attached if violated.

The Ilaje leaders said, “We are tenants to the Itsekiris in the community and we have been living for years happily without issues. But for some time now, we have been having some issues concerning some taxes that they are imposing on us that are affecting us, our businesses and way of living.

“They normally impose taxes on us. We are the Ilaje people and we normally get our foodstuff from Ondo State. We have a particular boat called Aboyewa boat that normally brings food to us. And whenever the boat is coming, there is a particular place this boat will berth; it will berth at Ogidigben station where we the Ilajes have access to.

“The Itsekiris even send luggage through this boat too. This boat has been on the route for over 30 years now. Now, they are saying that this boat has to go back to the creek which is the Odumeje seas in order to extort money from us (the Ilajes).

“They also said that none of us should use our private boat to get what we want. That is, if I should travel to Warri now, I don’t have the right to buy foodstuffs with my boat to bring to the community.

“They are insisting that all the foodstuffs and luggage must pass through Pessu Waterside, that is, the Ogidigben community local boat which loads every Tuesday at Pessu waterside.

“And this local boat comes once in every week plus it’s a small boat it does not contain much. As a people, we eat everyday.

“If we should use our private boat to get food or water, they will seize the boat of which they’ve done once.”

The Ilaje leaders further told newsmen that they were compelled to cry out to Governor Okowa having made fruitless efforts to seek a reversal of the directives and tax burden.

They urged the governor to urgently intervene and bail them out of their oppression “as we don’t want these issues to bring crisis between the two parties”.

But in a swift reaction, the Itsekiri Elders and Youth Leaders of Ogidigben defended their community’s action saying: “the decisions were taken for economic and security reasons”.

At a press conference addressed on Friday morning by the Ogidigben community representatives comprising Mr. Ojogbo Johnbull (Secretary);  Madam Emily Ajekerenbigh (Women Leader); Mr. Jonathan Omatseye (Youth Chairman); Mr. David Mamah (Public Relation Officer) and Mr. John Okpeyodaje (Youth Assistant Secretary), they affirmed that the community’s decision was in order to carry out effective surveillance on those coming in and going out of the community, being a porous riverine settlement.

They further claimed that it was in a bid to breathe life into the hitherto moribund Ogidigben main market.

According to them, Ogidigben community, in collaboration with all the various settlers including the Ilajes, had earlier agreed to a standing rule that all boats coming in and going out of Ogidigben should discharge and load at the community market jetty, with a view to giving life to the market and make it more functional, economically.

The Itsekiri elders and youths of Ogidigben also maintained that under the subsisting decisions, speed and wooden boats from neighbouring communities were embargoed from berthing anyhow along the community seaside shores “to avoid ecological damage to the community land”.

They, however, stated that while the Itsekiri traders complied with the community rules, the Ilajes have remained adamant.

The Chairman of Warri South West Local Government Area, Mr Duke Tate Tuoyo, whose local government council should statutorily superintend over collection of taxes and levies in markets, could not be reached for comments by our correspondent.