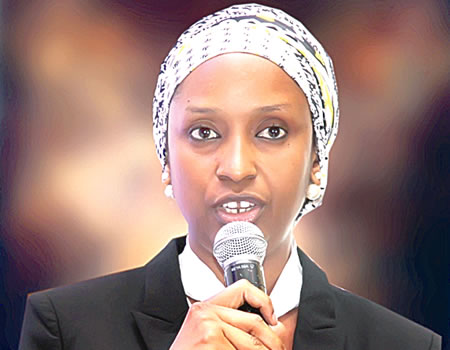 FOLLOWING the outbreak of Covid-19 pandemic and outcry by clearing agents that terminal operators are refusing to comply with demurrage and storage waivers as directed by the Nigerian Ports Authority (NPA), the NPA in a second letter to the terminal operators, have defined the terms of reference as regards which port charges should be waived.

In a memo signed by the NPA’s General Manager, Ugo Madubuike on behalf of the NPA Managing Director, the agency stated that it will be granting terminal operators Credit Notes which commensurate with the rental relief the operators give to consignees.

According to the memo dated April 8th, 2020 and addressed to all terminal operators, the NPA stated that, “Further to our letter dated 2nd of April, 2020, directing the suspension of rent charges on consignments for an initial period of 21 days and effective from 23rd March, 2020, kindly be informed that in-order to relieve you of the effects of the loss of rental charges due to Covid-19 pandemic, the Authority will grant Credit Notes commensurate to the rental reliefs granted by you to consignees within the period in reference.

Ogun To Be On Total Lockdown From Saturday For 14 Days, Says Governor
Ogun State governor, Prince Dapo Abiodun, on Tuesday, said that the state would from Saturday, April 18, be on total lockdown for the next 14 days. The governor, in a statement signed by his Chief Press Secretary, Kunle Somorin, urged the people of the state to take advantage of the current window relaxation of… Read full story

Many Rendered Homeless As Fire Razes 700 Shelters In IDPs Camp
No fewer than 700 shelters were destroyed by fire in an Internally Displaced Persons (IDPs) camps at Mafa Local Government Area of Borno State. The Secretary of the Local Government Area, Mohammed Lawan-Sheriff, made the disclosure in an interview with News Agency of Nigeria (NAN) on Tuesday in Maiduguri,.. Read full story

COVID-19: Use only herbs approved by NAFDAC, virologists warn