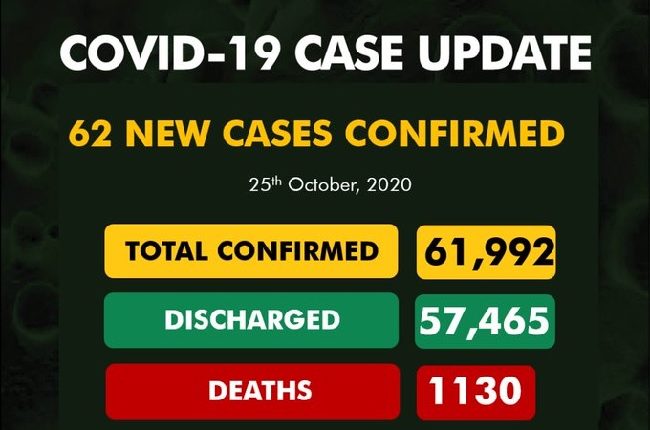 The Nigeria Centre for Disease Control (NCDC), on Sunday, announced that the country has recorded 62 new cases of Coronavirus (COVID-19), bringing the total number of infections in Nigeria to 61,992.

The NCDC disclosed this on its verified Twitter handle on Sunday night.

The centre also said that the number of fatalities has risen to 1,130 after recording one new death, while 57,465 people have been discharged from the isolation centres after full recovery.