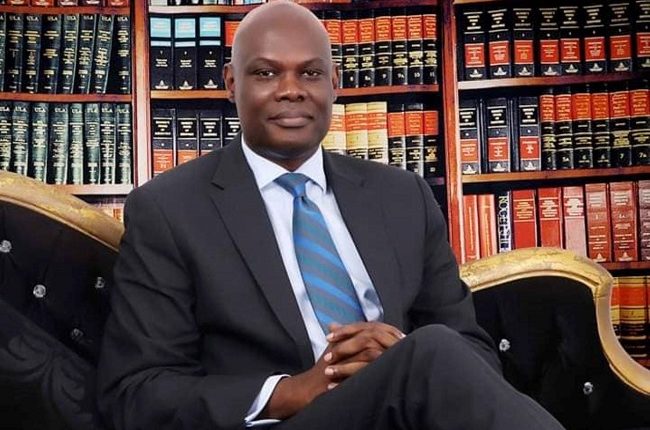 Fapohunda who stated this via his official twitter handle @agwalefapohunda on Monday noted that he had commenced the mandatory isolation for adequate treatment, adding that the Solicitor General of the state had been directed to take charge of all legal matters in the state.

Fapohunda twitted ” The result of my second COVID-19 test came out positive today. In line with the established protocols, I have commenced a period of self-isolation. In my absence, all state legal matters should be referred to the Solicitor-General of the State.”

Speaking during the COVID-19 Taskforce media briefing, the commissioner for Health, Dr Mojisola Yaya-Kolade confirmed that the attorney general and some unnamed members of the cabinet had tested positive for coronavirus.

She revealed that as a physician it was against the ethics of the profession to disclose the identity of COVID-19 patients but said, ” those tested positive have the liberty to announce it on their own.”

Yaya-Kolade added that the governor was doing fine and in good spirit, calling on the people to adhere to all laid down guidelines and protocols towards stopping the further spread of COVID-19 in the state.

” As you are aware that the commissioner for justice announced his status on twitter and I can tell you that there are other members of the cabinet that are also positive but I must say that they are at liberty to disclose or keep to themselves for the obvious reasons,” the commissioner said.

Yaya-Kolade disclosed that the state has 67 active cases saying,” all our patients are doing fine including the governor. They are responding to treatment and we have no problem with them.”

On his part, the coordinator of the state COVID-19 Task Force, Professor Bolaji Aluko said that no fewer than 160 face mask defaulters were arrested last week when the full enforcement commenced in the state.

According to him, the government would continue the strict enforcement of the use of a face mask to safeguard the lives of people in the state.