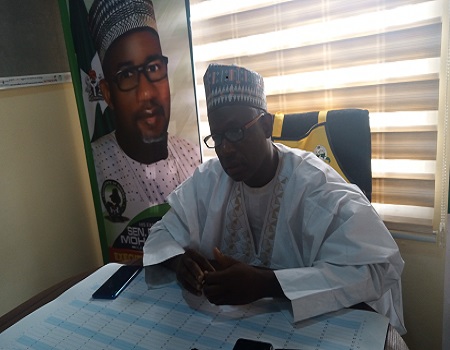 urb the spread of the deadly CoronaVirus and other infectious diseases, create handwashing points and ensure that the pupils and students washed their hands throughout their stay in the schools.

The directive was issued by the State Primary Health Care Development Agency (BASPHCDA) in a move to ensure that the state was not hit by the virus.

While speaking with members of the Bauchi Public Health Media Network in his office, Executive Chairman of the SPHCDA, Dr Rilwanu Mohammed said that already various monitoring and enforcement agencies have been set up to go round the schools across the state to ensure compliance.

He said further that, when the habit of Hygiene is formed by the pupils and students, the rate of transmission will be reduced to the barest minimum stressing that prevention is far better than cure.

Rilwanu Mohammed further reiterated the readiness of the state government to ensure that the virus did not find its way into Bauchi state but warned people to immediately report to the nearest health facility any sign and symptoms of the virus for prompt attention by the authorities.

Apart from hand washing, the Executive Chairman of SPHCDA also stressed the need to keep the environment clean always saying that environment prone infections do not last in a clean environment but thrive where unhygienic situations persist.

He then assured that very soon officials of the Agency and other health-related agencies in the state will embark on sensitization of the populace on issues of public health which he said is paramount in having a healthy society.