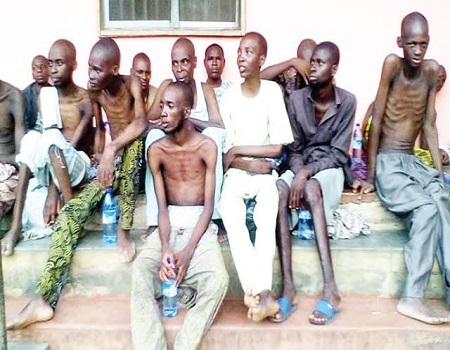 The Chief Judge of Delta, Justice Marshal Umukoro, on Wednesday, released 73 inmates at the Ogwashi-Uku and Agbor Correctional Centres in Delta.

Umukoro, who spoke with newsmen shortly after the exercise, stated that the gesture was part of an interim measure to curb the spread of the COVID-19 pandemic in the state.

He disclosed that the categories of inmates qualified for pardon included inmates who are 60 years and above.

The chief judge also stated that inmates with health issues likely to terminate in death and inmates with minor offences were considered for the pardon.

According to him, inmates who have less than 3 years term left to serve having served a substantial term were also considered.

The Controller of Corrections, Delta State command, Mr Friday Esezobor, who spoke on behalf of the Controller-General of the Nigeria Correctional Service (NCS), Mr Ja’afaru Ahmed, urged the released inmates to be of good behaviour.

He advised them not to return to crime and criminality, but rather channel their time and energy into productive ventures.

Esezobor expressed the NCS’s appreciation to the state government for the kind gesture.

COVID-19: Governors Adopt Two-Week Inter-State Lockdown • Call for decentralisation of COVID-19 response
The 36 state governors, on Wednesday, unanimously resolved to adopt a two-week inter-state lockdown as part of measures aimed at containing the spread of coronavirus across the country… Read full story

Covid-19: Chinese Treatment Of Africans
IN the wake of the deadly COVID-19 pandemic experience, China has treated African residents within its borders like scum. The situation has been so bad that it is actually difficult to believe that its previous investments in the continent had wholesome intentions. China’s inhuman and hostile disposition to Africans in China… Read full story

COVID-19 curfew: We will impound violators’ vehicles in Ondo ― FRSC

WHO ramps up COVID-19 support to hotspot countries in Africa