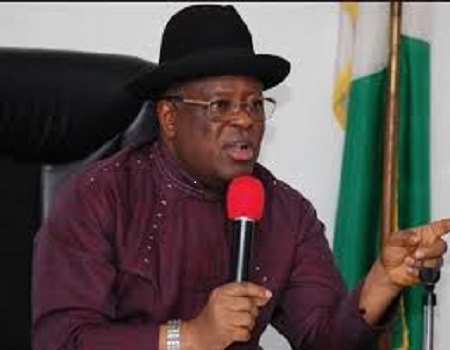 Ugbala told the News Agency of Nigeria (NAN) in Abakaliki that law-abiding citizens have nothing to fear over the exercise targeted at flushing out criminals from the state.

“Those to be agitated over the exercise are criminals because there is no hiding place for them in the state.

“The soldiers and other security agencies involved in the exercise are highly trained professionals who would not deviate from their mandate and delve into other issues.

“There is a natural disagreement between unscrupulous elements and security operatives, as such people should not view the exercise negatively,” he said.

He explained that the state governor’s commitment to the security of lives and property manifested in kick-starting the exercise in the state.

“We received a letter from the army that the operation python dance III exercise would be launched in Ebonyi and were not worried over it.

“This government would identify with any policy or activity that would ensure adequate protection of lives and property of its citizens,” he said.

Ugbala gave assurance that the exercise is not politically motivated to benefit the opposition party in the state which also controls the Federal Government.

“This administration has reiterated on several fora that it would support any action taken by the federal government to ensure peace and security of its citizens.

“The state governor has always said that President Muhammadu Buhari is his only boss and the only person he would take instructions from.

“The government should sieve the truth from such negative information because when a man is weak, he would look for reasons to anchor his failure,” he said.

The commissioner-designate restated the state government’s resolve to monitor the movement of election materials during the elections so as to prevent malpractices.

“Anybody who wants to bring politics into the operation python dance exercise no matter how highly placed should answer for it, as we are not joining issues with any opposition party,” he said.