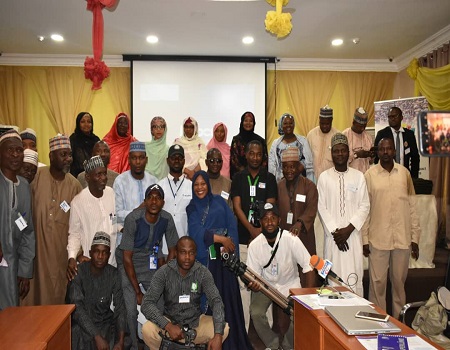 Working Journalists in Bauchi State have been urged to embark on sensitisation of the general public on the importance of family health issues, particularly child spacing matters.

The call was made by the coordinator of a media NGO, DevComm, Akinlolu Akinpelumi during a 3-day training for journalists in Bauchi State stressing that as critical stakeholders in creating enabling environment and disseminating useful information to community members journalists should be up and doing.

Akinlolu Akinpelumi said that the role of journalists especially in the area of creating awareness on childbirth spacing issues cannot be overemphasised saying that the training is to equip them on the rudiments of reporting family health issues in Bauchi State in order to create positive awareness.

While giving a vivid analysis on the way journalists can use the social media to launch the campaign on child spacing issues, he said that millions of people are now addicted to the various social media platforms and do not have a choice of what to see or read.

He said that such opportunities can be used to slot in issues of family health especially child spacing methods in order to make it accessible and acceptable to the targeted audience.

On her own, the Bauchi State Program Coordinator of The Challenge Initiative (TCI), Rábì Ekele, stated that the training was aimed at creating a synergy between journalists, DevComm and TCI on how to take the message of family health to the targeted audience in the state.

Rabi Ekele further explained that the TCI has been in Bauchi State for a few years now engaged in creating awareness on issues of child spacing in order to correct the misconceptions and myths attached to the issues.

She added that a number of PHCs across 3 LGAs have been designated as childbirth Spacing centres under its 72HMO project expressing satisfaction with the progress made so far in achieving the aim.

The TCI State program coordinator then expressed confidence that with the coming in of journalists, the needed awareness will be created and more targeted audience will be reached positively.