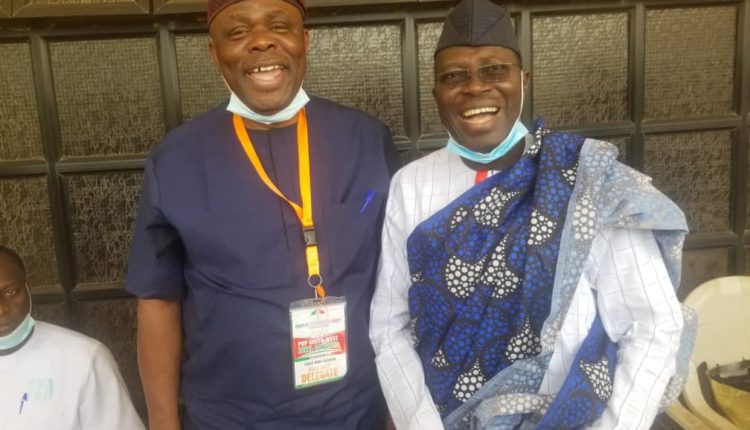 Despite the apprehension that has characterised the build-up to the zonal Peoples Democratic Party (PDP) congress, the two chairmanship candidates in the election, Dr Eddy Olafeso and Ambassador Taofeek Arapaja, greeted each other warmly at the venue of the congress.

The duo used their knuckles to greet each other and cracked jokes, leaving delegates in excitement and admiration at the camaraderie displayed by both. 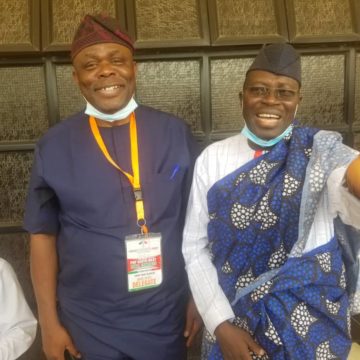 Olafeso was on a telephone call while Arapaja was passing by and decided to greet his opponent.

Olafeso, on realising it was his challenger that was greeting him, stood up, ended the call and extended his knuckles to Arapaja in greeting, with Arapaja also extending his knucles to him, the form of greetings that the COVID-19 pandemic has made people to embrace.

They later took pictures together as some of the delegates who were within the area cheered in admiration.

“Please do not talk to my father. He is yet to come to terms with the death of his son. It is a most tragic experience. How does one quantify the loss of a dear brother? My brother was killed like an animal by two herdsmen. His offence was that he asked them to drive their cows off his already cultivated farmland,” Bisi Olaosepin, whose brother was hacked to death, struggled to hold back his tears as he relayed to Sunday Tribune the horrible experience that culminated in the passage of his brother…Chairmanship candidates, Arapaja, Olafeso ‘chop knuckles’ at PDP South-West zonal congress