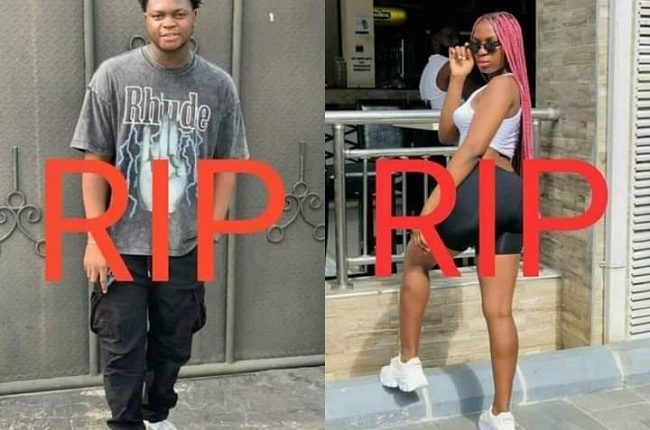 A  celebration over a newly-bought Lexus GX 460 turned sour on Friday night when six suspected internet fraudsters, otherwise known as Yahoo boys, died after ramming the car into a stationary truck along the Agbarho-Ughelli section of the East-West Road near Ekiugbo Junction in Ughelli, North Local Government Area of Delta State.

The  incident, although yet to be confirmed by the Delta State Police Command, occurred 8:00 p.m on Friday and left the car damaged beyond repairs.

The victims, who were allegedly under the influence of substances, reportedly died on the spot after their vehicle rammed into the stationary  truck.

Sources said one of the friends of the victims had just bought the Lexus GX 460 which necessitated the celebration.

One of the sources  disclosed that “The accident took place near Ekiugbo Junction at about 8:00 p.m on Friday. One of them bought a  Lexus GX 460. The Lexus arrived at Ughelli around 5:00 p.m while the accident happened around 8:00 p.m.

“They were returning from a joint where they had gone to celebrate the arrival of the vehicle. The new vehicle rammed into a payloader truck along the expressway. The six of them died on the spot.”

In a related incident, an ash colour Lexus 350 SUV, on Thursday, ran over two students of the Delta State University (DELSU), Abraka, Oghenerukevwe Ogidegben (popularly called Rukky), his yet-to-be-identified female friend and an okada rider, killing the three of them.

The driver of the SUV, Oji Matthew, an alleged Yahoo boy, reportedly left his lane and ran over the two 300 Level students of the Department of Political Science who were returning home on the commercial motorcycle.

It was gathered that Rukky, who’s the fifth son of his parents and the okada rider, died on the spot, while the lady died a few hours after doctors tried to save her life.

Oji, the driver of the LexusSUV, is said to be in police custody.

Confirming the incident, the acting Police Public Relations Officer (PPRO), DSP Bright Edafe, who said he wasn’t aware of any effort to free the culprit, said that the driver of the Lexus SUV  apparently left his lane to run over the motorcycle rider and his passengers.