Call for resignation: Oshiomhole must be joking ― Saraki 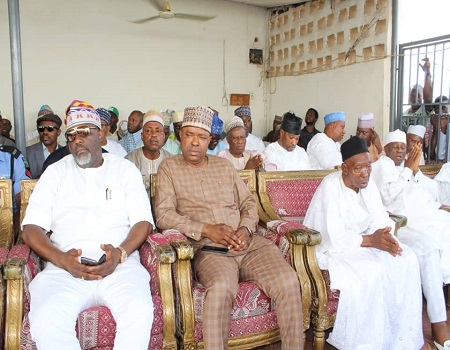 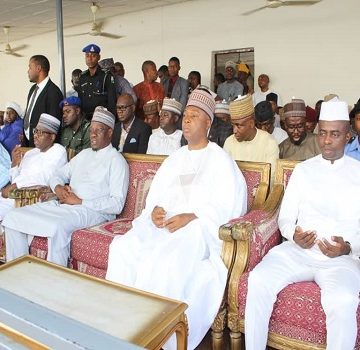 SENATE President, Dr Bukola Saraki, has described the statement credited to the national chairman of the All Progressives Congress (APC), Adams Oshiomhole, asking him to resign his Senate position on a moral ground as a joke.

Speaking with journalists in Ilorin on Wednesday during Islamic prayers for his late father’s sixth remembrance anniversary, the Senate President said that Comrade Oshiomhole has no locus standi to talk about morality in today’s Nigeria’s politics.

“That must be a joke coming from Oshiomhole talking about moral ground. I think Oshiomhole has no locus standi to talk about morality today. Oshiomhole is somebody, who is said to have been collecting not even naira but dollars from candidates and he is being accused by his candidates and Governors. I don’t think he has any moral ground, even to continue to be in politics not to talk about being a Chairman of a party.

“I remember in those days even Oyegun, they never accused him of something like this. I have left that party. I’m sure the President, based on integrity, knows the right thing to do. So, on moral ground, he cannot speak on moral ground.

“You see, the mistake we sometimes make, we forget that Nigeria is a big nation in this global world, not only in the context of Africa. We provide leadership. An action that we take that tries to suggest that we are not civilised with rule of law and processes, doesn’t augur well with the image. Today, the President is the President of ECOWAS likewise the Chairman of INEC as chairman of electoral bodies in Ecowas, even show that we are a responsible country.

“So, when the IG begins to do things like this without following due process, it is not good for our country, and that is what we always stand for.  All those who supposed to caution him will ensure that due process is followed in a thing like this.

“We have been doing by-election here, I have never seen where DPOs are being transferred. We have been doing by-elections here, I have never seen where 200 or 300 (security personnel) are being deployed. It is not about Kwara, it is about the country. It is about how the world sees us. It is about how we provide leadership in the continent. And we keep on saying that people like these are not doing the President any good. The people at the end of the day will speak, and they should allow people to exercise their rights, vote in peace and vote their wishes and should not do anything that creates fear or break law and order. In spite of all these, I see PDP winning the election because we are on ground. There is no doubt about it. If you go round, you will know who is on ground, and you will see that in the results. They should allow people to exercise their rights,” he said.