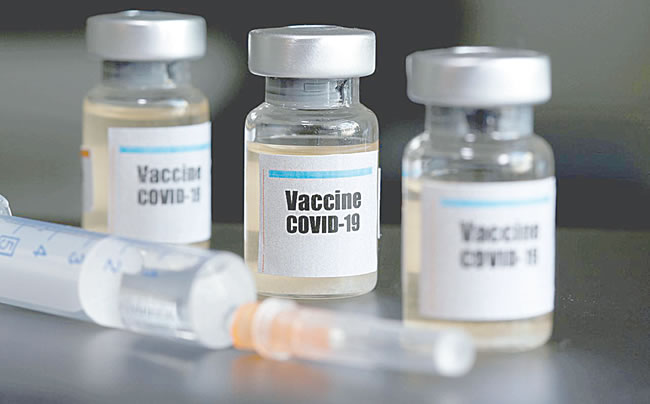 Bickering between the private sector-led coalition against COVID-19 (CACOVID) and BUA Group of companies continues as the coalition has on Tuesday admitted that BUA Group though transferred money into Central Bank’s account, it did not singlehandedly secure the procurement of one million doses of AstraZeneca COVID-19 vaccines for Nigeria.

In ARISE TV programme monitored in Lagos on Tuesday, Zouera Youssofou, CACOVID coordinator, said while the payment was indeed made for the vaccines, it cannot be attributed to a single person or company.

She explained that the payment for the vaccines was taken from a pool of funds donated by different CACOVID members.

Her words: “In that call, President Oramah was telling us the model of how the vaccine task force was working with AU.

“He also told us that there was an extra one million doses that we could get if we confirmed that we wanted those doses immediately by February 8. And so we agreed that we would bring it to the meeting the very next day which happened.

“What is important to note is that Afreximbank, after that call, already secured those doses for Nigeria because they had the confirmation from CBN, Aliko Dangote and Herbert Wigwe that they would pay for these million doses.

“Nobody is disputing a transfer into Central Bank’s account. The challenge is a claim that one company has brought vaccines into Nigeria because that is not factual.”

Youssofou further said it is not possible for all the one million doses to arrive in Nigeria by next week.

She added that the National Agency for Food and Drug Administration and Control (NAFDAC) was yet to give approval for the use of the AstraZeneca COVID-19 vaccines in Nigeria.

“It is not possible to have one million doses of vaccine dumped into Nigeria in one day. They get delivered at a specific pace,” she said.

Tribune Online has reported earlier that there has been a disagreement between BUA and CACOVID regarding the issue:

BUA, a member of CACOVID, had said on Tuesday that it secured the vaccines through AfreximBank by “paying the full amount”, adding that the vaccines should be delivered to the country next week.

But in a swift, CACOVID discredited BUA’s claim of securing the vaccines. It said BUA could not have singlehandedly secured the doses, explaining that the purchase of the vaccine cannot be done by individuals or companies, but only through the Federal Government.

The group said Godwin Emefiele, governor of the Central Bank of Nigeria, announced at a meeting that CACOVID had been given the opportunity through the Afreximbank platform to access and pay for one million doses of vaccine, provided payment was made on Monday or Tuesday.

It claimed that while other CACOVID members refused to offer the donation to secure the vaccine, BUA offered to do so by making a payment of $3.4 million, which is N1.3 billion, to the CBN.

COVID-19: Govt must also provide for the vulnerable ― Sanwo-Olu