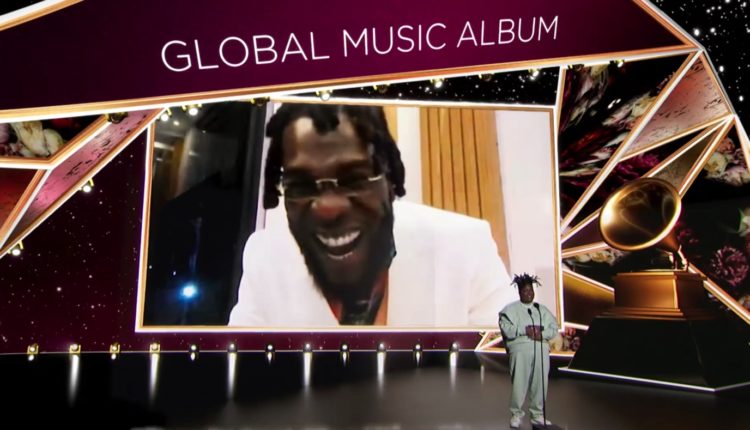 The win marks Burna Boy’s first Grammy award after being nominated last year. He becomes the first hip hop superstar from Nigeria to achieve this feat.

The Recording Academy had in November  announced plans to change the name of ‘Best World Music Album’ to ‘Best Global Music Album’, saying it’s a step toward “a more relevant, modern, and inclusive term.”

The statement added: “The change symbolises a departure from the connotations of colonialism, folk, and ‘non-American’ that the former term embodied while adapting to current listening trends and cultural evolution among the diverse communities it may represent.

Burna Boy has, by winning, stamped his presence as a world rated artiste.

“Please do not talk to my father. He is yet to come to terms with the death of his son. It is a most tragic experience. How does one quantify the loss of a dear brother? My brother was killed like an animal by two herdsmen. His offence was that he asked them to drive their cows off his already cultivated farmland,” Bisi Olaosepin, whose brother was hacked to death, struggled to hold back his tears as he relayed to Sunday Tribune the horrible experience that culminated in the passage of his brother…Burna Boy stands tall at Grammys, wins ‘Best Global Album’ award