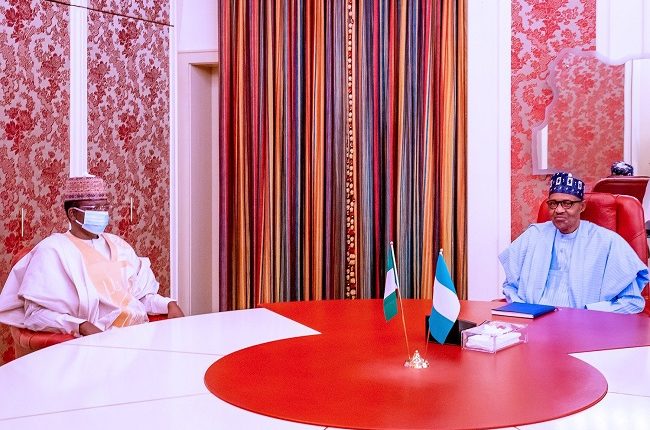 President Muhammadu Buhari has summoned the governor of Zamfara State, Bello Mattawale for a briefing on the security situation in the state.

The governor confirmed this to correspondents after a meeting with the president in his office at the presidential villa, Abuja on Wednesday.

He affirmed that the strategy employed by the state to check insecurity is working and recommended that other northern state governments should actively pursue the establishment of RUGA in their states to put an end to interstate movement of cattle.

While noting that herders move in search of pastures, he said his state has provided RUGA with necessary facilities for herders.

According to him, if other states do the same, the crises caused by Fulani movements will become a thing of the past.