Latest NewsCoronavirus
By Tribune Online On May 31, 2020 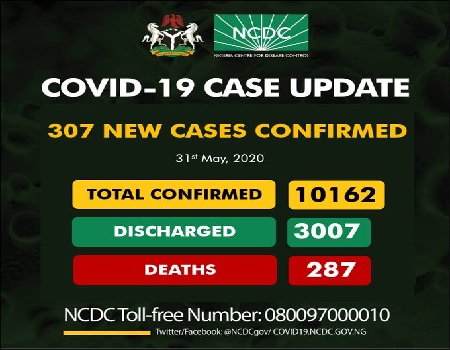 Nigeria has recorded 307 new cases of coronavirus, bringing the total number of infections in the country to 10,162.