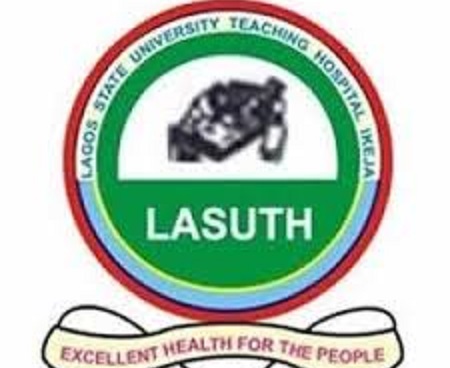 Dr Balogun Fatai, the President, Association of Resident Doctors, LASUTH, told News Agency of Nigeria (NAN) in Lagos on Monday that the strike was total, involving both emergency and clinical operations in the hospital.

He said that in spite of the agitations of the association and its meetings with the government and management officials, there were no signs that new resident doctors would be engaged in the hospital.

“Although, some house officers are reporting for work, yet they are not enough to call off the strike because the resident doctors that form the hub of the workforce of the hospital have yet to resume duty.

“We are made to know that the governor has not yet given the approval as expected; that is what is stalling the recruitment of new doctors in the hospital.

“That is why we are embarking on a three-day warning strike, which is total; no member of the association will attend to patients during the strike,’’ he said.

Balogun, however, noted that consultants were on ground to see their patients, adding that the specialists would do their best to deliver health care to the patients.

“If these residents are not on ground, it is obvious that work cannot go on smoothly at the teaching hospital.

“We are expecting 172 doctors, at the minimum, to start work; that will cushion the effect of what is going on now at the hospital.

“Essentially, the strike is to pass the message across to the government, so that it feels our pains and gives the needed approval as soon as possible,’’ he said.

The Chief Medical Director of LASUTH, Prof. Adetokunbo Fabamwo, told NAN that he had done everything that needed to be done to deploy the available resident doctors.

“I am not the one in charge of employing doctors, but have done everything I needed to do to deploy them, “ he said.

A visit to the hospital by NAN conformed that the resident doctors were not at their duty posts to attend to patients.

Only nurses and other health professionals, including pharmacists, laboratory scientists, as well as some house officers were seen at their duty posts.

Some patients who spoke to NAN said they were not aware of the strike and pleaded with the government to accede to demands of the resident doctors.

One of them, Mrs Victoria Mbong, who said she was on appointment to see a dentist, said that she was not aware of the resident doctors’ strike.

“I was at the hospital as early as 8 a.m. to see my dentist and I have waited for about two hours; I am not aware of what is going on.

“I hope the issue is resolved very soon so that the people of the state will not suffer; I appeal to the government to take our health seriously,’’ she said.

Another patient, Mr Bayo Agboola, said that officials of the health records section of the hospital had stopped bringing out the medical files of patients because of the absence of resident doctors.

“The officials told us that there is no doctor around as they are on strike. This is not right and it is not fair to the average citizen. How do we get health care if there are no doctors to attend to us?

“We appeal to those in authority to do the needful and improve the quality of health care delivery in our country; they should also employ more doctors for our hospitals,’’ he said.