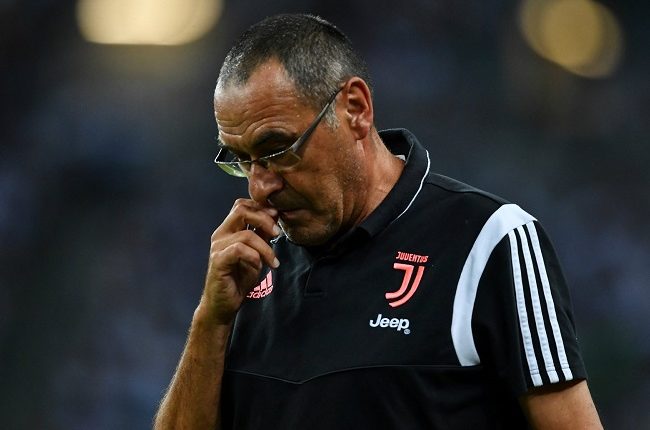 Juventus have sacked head coach Maurizio Sarri a day after being knocked out of the Champions League in the last-16 stage to Lyon.

The former Chelsea and Napoli boss only took charge of Juventus in June last year, signing a three-year contract at the time, and led the side to a ninth consecutive Serie A title last month.

But, Juve crashed out of the Champions League on Friday, going out on away goals after drawing 2-2 on aggregate.

It is the first time Juventus have failed to reach the quarter-finals of the Champions League since 2015/16 under Massimiliano Allegri.

Lazio manager Simone Inzaghi is among the front-runners to replace Sarri after guiding his team to fourth in the table and Champions League qualification for the first time in 13 years.

Inzaghi, whose contract at Lazio is up next summer, was in contention for the Juve job a year ago before the club appointed Sarri.

According to Sky in Italy, Lazio president Claudio Lotito would not stand in Inzaghi’s way should he wish to leave but would ask for a fee to let him go.

Mauricio Pochettino, who has been out of work since being sacked by Tottenham in November last year, has also been linked with the role.

Pochettino told Sky Sports News in May: “I love England. My idea is to keep living in London but at the same time, I am open to different countries, to listen to see what happens.”

Despite winning the league, Sarri has been under pressure as Juventus managed their lowest points total of the last nine title-winning seasons, finishing just one point above Inter Milan.

Speaking after Friday’s game against Lyon, Juve president Andrea Agnelli told Sky in Italy: “This season’s balance is bittersweet, we had a great result winning the ninth championship, but the performance in the Champions League has been disappointing for everyone.