BREAKING: Another Lagos resident stopped from jumping inside lagoon 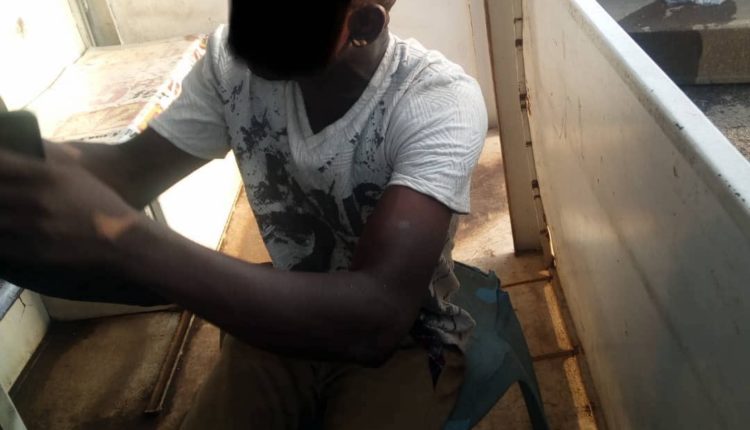 Another resident of Lagos State has been prevented from jumping into Lagos lagoon as the state police command said on Tuesday that its men saw him trying to end it all.

According to men of the Rapid Response Squad (RRS) of the Lagos State Police Command, the unnamed man was seen on Monday evening attempting to jump from the Oworo end of the Third Mainland Bridge into the lagoon.

It was gathered that the man, clad in a white T-shirt and a brown pair of trousers, said he was tired of life and despite appeal from the operatives, he insisted that nothing would stop him from jumping inside the lagoon.

After some appeal, the man was later overpowered and he was eventually stopped from jumping as the operatives said he had already climbed the barrier before he was grabbed by the men.

He has since been taken to the Oworo police station while his family members have been contacted, according to the RRS.

In a one paragraph statement on its twitter handle, the RRS said the man said he had become frustrated and thus he has decided to end it all.

According to the RRS: “Yesterday our vigilant officers on Third Mainland Bridge prevented this young man from diving into the Lagoon. His expression of frustration made him hell bent on jumping despite being restrained by the officers.

“He’s been taken to Oworo Police Station where his family was contacted.”

Last February, a man also attempted to jump inside the Lagoon and it took the efforts of men of the state police command to rescue him while also in October last year, a middle-aged man came out of an Uber cab and attempted to plunge into the lagoon.