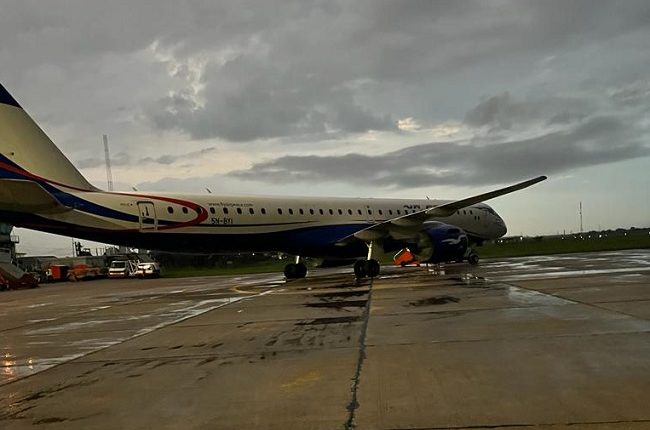 A scheduled Air Peace flight from Benin to Abuja was aborted on Monday while taxiing to take-off due to a bird strike.

The flight scheduled for 2.35 pm had departed the Benin Airport terminal for the runway with its passengers.

However, just as it gathered speed and at the point of lift-off, it suffered a bird strike causing the pilot to immediately lower its nose to abort the flight.

The pilot announced that there had been a bird strike and the plane could no longer take off. 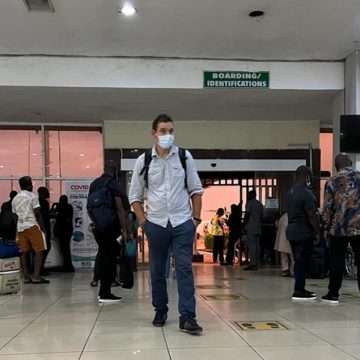 The Boeing aircraft named Kinglsely Onyeama with registration number 5N FYI taxied back to the terminal where engineers immediately began to assess the damage.

The passengers remained in the aircraft on the tarmac for nearly an hour before they were asked to disembark.

They were requested to return to the departure hall and wait for another aircraft that would be arriving from Lagos.

A top official of the Federal Aviation Authority of Nigeria (FAAN), Mr Godwin Ujuanbi, who confirmed the incident explained that bird strikes are a regular occurrence at the airport.

Ujuanbi said that the passengers had to board an Arik Air flight which was readily available following the grounding of the aircraft.

The official explained that the flight was aborted as aircraft engines are very sensitive, adding that technicians from FAAN were immediately dispatched to remove the feathers and other remains of the bird.

Ujuanbi said: “Here in Benin Airport we are always battling with birds. Aircraft engines are very sensitive and had no choice to ground the plane following the bird strike. We have a department that routinely shoots the birds. It is a common experience in most airports. The passengers flew on Arik Air to Abuja as it wàs the only one available. The aircraft was not damaged.”