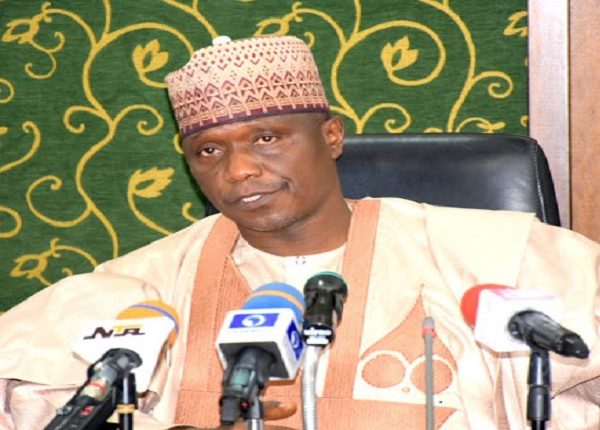 Share
Speaker of the Bauchi State House of Assembly, Abubakar Suleiman has denied allegations that he alongside Senate President and other federal lawmakers received N-power recruitment slots from the Minister of Disaster Management, Humanitarian Affairs and Social Development, Hajiya Sadiya Umar Farouk.
The Speaker described the allegations as totally untrue and fake wondering “how Sahara Reporters, supposedly a professional media platform, with more than 3 million followers, will publish unverified, fictitious and unfounded information to mislead its readers.”
A press statement by Abdul Ahmad Burra, Spokesperson to the Speaker contained that, “A simple inquiry will have confirmed to the Medium that the printed application forms are used as evidence of the said allocation are data collection forms printed by the Speaker to ease data entry at free N-power Online Application Centres he provided in his Ningi Central Constituency, to increase the chance of his constituents to get enrolled into the programme.”
In a reaction to the report published by Sahara Reporters, an online newspaper, the Speaker said that “We, therefore, urge the public to disregard any report or information that Speaker Abubakar Suleiman got N-power recruitment slots.”
Abubakar Suleiman who said he is one of the readers of Sahara Reporters for many years hoped that the Medium will do better by desisting from the publication of fake and unsubstantiated information and imbibing the ethics of journalism which include being factual, balanced and objective.
The Speaker while commending President Muhammadu Buhari for the initiative, urged youths in his Ningi Central Constituency to rush to the three free N-power Application Centres he provided to apply for the programme which according to him will ameliorate the current economic hardship and reduce joblessness among youths.