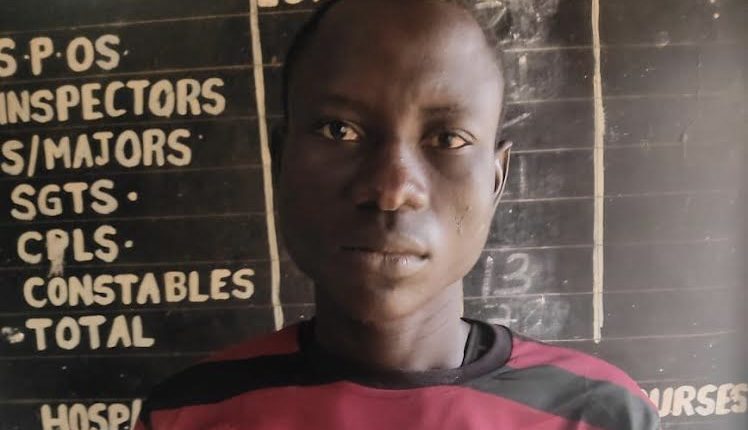 Bauchi State Police Commissioner, Umar Mamman Sanda, has ordered for a full-scale investigation into the circumstances that led to the gruesome killing of one Safiya Alhaji Danladi in Mai’ari village, Alkaleri LGA as well as the raping of an Infant Girl in the Yelwan Kagadama, a suburbs of Bauchi metropolis.

In a case of criminal conspiracy and culpable homicide, it was reported that on 10/08/2022 at about 0900hrs, One Alhaji Danladi  Mohammed of Mai’ari Arewa village Pali, lodged a formal complaint at the Divisional Police Headquarters in Alkaleri.

He alleged that, on 04/08/2022, his biological daughter, one Safiya Alhaji Danladi aged 13 years left home and was suspected to be missing after she could not be found.

He however strongly suspected that his house boy, one  Munkaila Ado aged 27yrs and one Muazu Umaru aged 35 years all of the same address to be the principal suspect on the whereabouts of his missing daughter.

A Police release by the PPRO, SP Ahmed Wakili contained that on the strength of that report, preliminary investigations commenced as the scene was visited led by the DPO of Alkaleri during which her body was discovered and evacuated the victim to General Hospital Alkaleri, where she was certified dead by a medical Doctor.

On interrogation, the suspect confessed that the missing girl was his girlfriend who was four-month pregnant to the knowledge of her mother but unknown to the father, Alhaji Danladi Mohammed.

He further revealed that he conspired with the mother of the missing girl and his accomplice, Muazu Umar took the victim to Gombe to procure an abortion.

Thereafter, on reaching Gombe, the victim was led to the house of one Hajiya Amina Abubakar, 50 year-old in Jekada Fari behind Specialist Hospital, Gombe where the victim was administered with some substances to cause miscarriage.

Eventually, on their way back to Mai’ari village, along Akko LGA of Gombe State, the two aforementioned suspects strangulated the victim, consequently, the victim fell unconscious and died.

In the same vein, burnt the body of the victim beyond recognition and buried her in a shallow grave at a nearby bush in Akko LGA Gombe state.

The Command has therefore assured the general public that it  will continue to be updated as the investigation into the matter unfolds.

The Commissioner of Police Bauchi State Command CP Umar Mamman Sanda has however directed that the case be transferred to SCID for discreet investigation.

In another development, on 09/08/2022 at about 1900hrs, one Nenkat Danladi, aged 31 years of Yelwan Kagadama lodged a complaint in Yelwa Police station that on 06/08/2022 at about 1130hrs, she met one Alhamdu Yusuf aged 59 years of same address on her bed with her daughter, one Blessing (not real name) aged 1½yrs of the same address.

After about 30 minutes, the nominal complainant discovered that the private part of her daughter is oozing blood, on the receipt  of the complaint, a team DCB personnel led by DPO Yelwa rushed the victim  to ATBU Teaching Hospital Bauchi for medical examination.

The suspect was arrested and an investigation has commenced in earnest.

The Command declared that the task of crime prevention has not been an easy one, but in line with its Constitutional mandate, it shall remain fierce, tireless and relentless in committing its personnel toward the safety and security of lives and property.

Strike: FG should honour agreement with ASUU in interest of students – VC