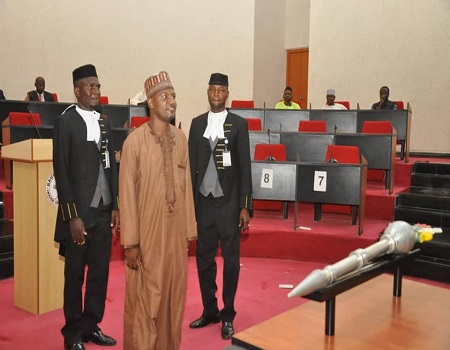 Bauchi State House of Assembly on Thursday, screened and confirmed Adamu Manu Soro as a Commissioner and member of the Bauchi State Executive Council.

His confirmation followed a letter of request sent to the House by the State Governor, Sen Bala Mohammed Abdulkadir in a move to fill the vacancy created by the sudden resignation of Nura Manu Soro from the SEC last week.

Adamu Manu Soro is a brother to Nura Manu Soro who was believed to have resigned in protest following his redeployment from the Finance Ministry to the Sports and Youth Development Ministry due to a minor cabinet reshuffling announced by the Governor.

With the development, the Manu Soro family is emerging as a political force in Bauchi state considering the fact that one of the Manu Soros in presently a member of the House of Representatives representing Darazo/Ganjuwa Federal Constituency of the State under the APC.

The new Commissioner, Adamu Manu Soro was a member of the Bauchi State House of Assembly between 2011 and 2015 and he was believed to be one of the young politicians who fought for the victory of Sen Bala Mohammed Abdulkadir during the last general elections.