Aare Ona Kakanfo of Yoruba land, Iba Gani Adams, has flayed the Director of Publicity, Northern Elders Forum (NEF), Dr Hakeem Baba-Ahmed, over his recent comments on 2023, saying NEF chieftain’s outburst only exposed the domineering agenda of the North, capable of setting the nation on fire.

Baba-Ahmed had on a television interview boasted that the North had the votes to retain the presidency and would not play second fiddle to any other part of the country, come 2023.

Iba Adams said this on Tuesday in Ibeju, Lagos during the maiden edition of Egbe Festival, organized by the Olokun Festival Foundation (OFF), just as raised his voice against the growing debt profile of the Federal Government, positing that such a huge debt profile was capable of leading the country to its twilight.

According to the Yoruba generalissimo, the President Muhammadu Buhari administration has embarked on a borrowing spree without even thinking of how to service or repay the various loans, lamenting that the present administration had, through huge foreign debts, mortgaged Nigeria’s future.

Adams pointed out that should the existing debt be left unserviced or unpaid, it might turn out to be a big problem for successive administrations.

“In the last six years, Nigeria under Buhari has borrowed over 45bn dollars without a thought of the amount involved in servicing these loans. The extent of our borrowing is becoming too much a burden as there is little or nothing to show for it. With the Federal Government’s borrowing spree, there is an urgent need for caution.

“With the attendant burden of these loans, Nigeria is in its twilight. We need not be told that the future of this country looks bleak with the amount of foreign dollars involved as loans and the burden of servicing these loans. But I hope this administration can only learn from the mistakes of the past,” he said.

The Yoruba generalissimo, while admitting that borrowing was never a bad idea, noted that the major problem remained the reason for embarking on such loans, wondering why the Federal Government kept borrowing without a clear-cut idea or plan for repayments of those loans.

Besides, Iba Adams further posited that the growing debt profile rather than improving the economic prosperity of the nation would only add to the economic woes of the ordinary citizens due to the amount needed in servicing these loans.

“Last week, President Muhammadu Buhari sought another 4bn dollars loan. But it is unfortunate that the burden of several loans embarked on by the Federal Government is hitting hard on ordinary citizens.

“But it must be stated that rather than improving the economic prosperity of the nation, the burden of the growing debt profile, and the amount incurred in servicing these loans would only add to the economic woes of the ordinary citizens,” he said.

“For instance, the Lagos-Ibadan road is a major road in the South-West region. But sadly, the road has been under construction for the past 12 years.

“This also applies to Lagos-Badagry road, yet the Federal Government is concerned about the Kano-Niger Republic railway, with little or no economic value. This is ridiculous because it all amounts to gross misplacement of priorities and nothing more,” he added.

Meanwhile, the coordinator of the OPC in Ibeju, Chief Muideen Atanda, promised to sustain the ideals of the group, stressing that Egbe Festival has come to stay in the town, just as he maintained that the festival had added much value to the economy of the ancient town.

“With God and the spiritual and financial support of our father and leader, the Aare Ona Kakanfo of Yoruba land, Iba Gani Abiodun Ige Adams, I can assure everybody present at this event that we shall sustain the festival annually,” he said.

“Egbe Festival has opened up the tourism potentials of this town and we are happy that this maiden edition has been a huge success,” he added.

We saw the bandits looking at our train after the explosion, says Shehu Sani 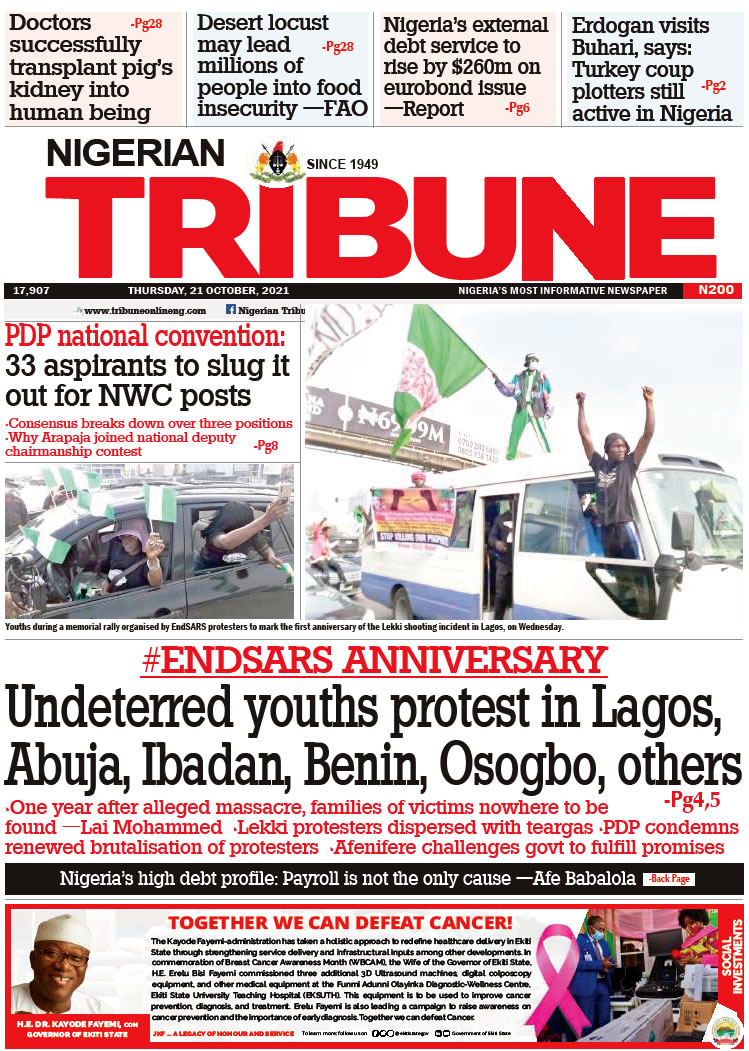