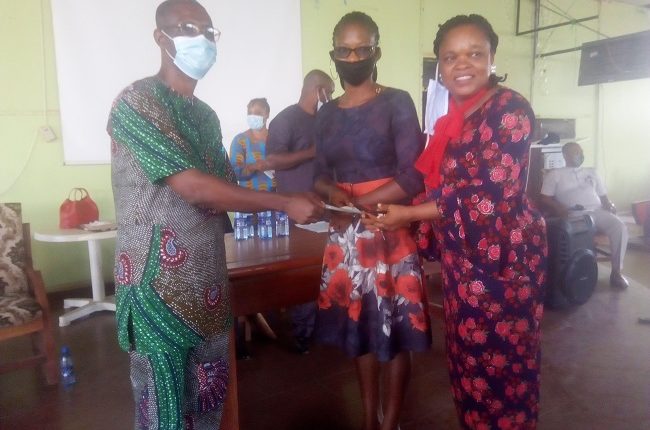 The Academic Staff Union of Universities (ASUU) has presented a cheque of N1.5 million to thirty most deserving students in the Nnamdi Azikiwe University, UNIZIK, Awka, Anambra State.

Tribune Online gathered that the thirty students will receive the sum of fifty thousand naira (N50,000) each.

Presenting the scholarship cheque to the beneficiary, at the UNIZIK Auditorium, on Wednesday, UNIZIK branch Chairman, Comrade Stephen Ufoaroh, said the gesture was to support the deserving students to complete their academic pursuit, despite the fact that all academic staff of the school are owed salaries between four and twelve months.

“ASUU-Unizik still saw the need to help in alleviating the suffering of our students, who have also borne the pains of the ruling class insensitivity to the suffering masses of this country.

“We members of this school tasked ourselves to raise the fund for this scholarship being awarded today, the 24 February 2021. This sacrifice is part of our social responsibility to our students and their parents.

Ufoaroah noted that the award programme by God’s grace will be an annual event.

He disclosed that ASUU National is also awarding a scholarship of one hundred thousand naira (100,000), to the most deserving student in all Public Universities in Nigeria, of which a student of UNIZIK is a beneficiary.

“This scholarship award is another evidence that ASUU as a union understands the plight of our students and as such we will go any length to protect their interest, which has made us resist every attempt by the Federal Government of Nigeria to introduce tuition fees in public universities, because we know that many of our students are merely striving to succeed and can hardly pay the current service charges, being paid in Federal and State Universities, Ufoaroah explained.

He urged the students to see ASUU as partners in the struggle to save the soul of the public universities, by working together to compel government at all levels to adequately fund education, so as to give every youth opportunity to access quality education.

He described the event as a history-making event in the university.

In his brief remarks, the Vice-Chancellor, Nnamdi Azikiwe University, Professor Charles Esimone commended the union for the kind gesture, noting that the history-making event is coming at the time when the country is currently facing all-round challenges.

Esimone, who was represented by the Deputy Vice-Chancellor (Administration), Professor Joseph Ikechebelu, assure the Union that the University Management will continue to work in a cordial relationship for the sake of less privileged students.

One of the beneficiaries, Mr. Ebuka Emmanuel Ogbonna, from the department of Sociology (Faculty of Social Sciences), who spoke to Tribune Online on behalf of others, thanks ASUU for recognizing him, especially at this time when he has no sponsor due to the death of his mother and financial incapability of his father.

He prayed to God to continue to bless ASUU.

The surprise visit made on Friday night by the leaders of the ruling All Progressives Congress (APC) to former President Goodluck Jonathan at his residence in Abuja triggered a stir in the major political camps, resulting in at least four possible theories..ASUU offers scholarship  ASUU offers scholarship