ASUSS is an amorphous group, without legal existence —NUT President 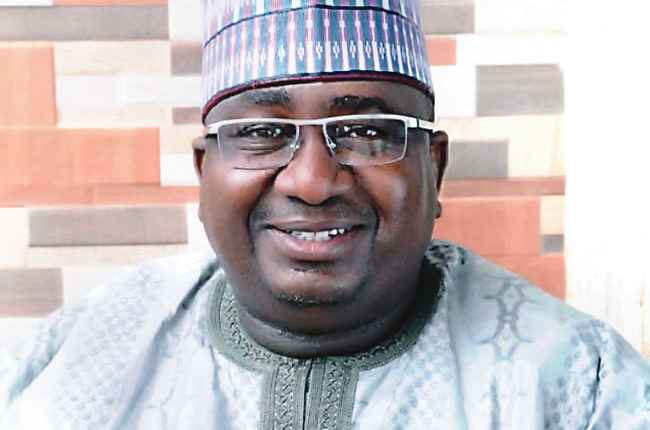 Following the declaration by some breakaway members of the Nigeria Union of Teachers (NUT) that a judgement of the Supreme Court has given them the right to organise and unionize secondary school teachers under the Academic Staff Union of Secondary Schools (ASUSS), the President of NUT, Comrade Muhammed Nasir Idris, who spoke through his National Deputy President, Comrade Kelvin Nwankwo, debunked the claims of ASUSS and challenged the group to make the judgment public. He also gives insight into why the group he refers to as “amorphous,” is trying to destabilize the 90 year old trade union. SOJI-EZE FAGBEMI, gives the excerpts.

What brought about ASUSS

A research found out that ASUSS came into being as a result of ill-luck in the elections. Some of them fielded themselves in the NUT elections, but maybe because they were not qualified, their antecedents did not qualify them to lead and they lost, they thought the best thing to do was to break away and then set up an illegal organization to extort money from unsuspected secondary school teachers.

ASUSS is an amorphous group with no fixed address

Some state governors are using ASUSS to destabilize NUT

Can ASUSS go on strike? No! They cannot. That is why we are saying some people are using them; especially some state governors that are not ready to perform their duties by paying salaries to workers. The Bible says a worker is worthy of his wage. But these people (governors) are denying the teachers these aspects of their constitutional requirements as a governor or as a leader. Therefore, they will quickly say, okay, if you go on strike, let me call this group and then, let them be teaching. We are doing ourselves!

ASUSS is not registrable by the extant labour law

How I wish they (ASUSS members) could come back to their senses and know that they are doing themselves a very big harm. I want to urge us to know that the law says no other union should exist where a union is already existing in a particular trade. The extant provision of the Third Schedule Part A No. 26  of the Trade Unions Act CAP.T.14 LFN 2004 which provides: Nigeria Union of Teachers shall exercise jurisdiction over: “Teachers employed in educational institutions of all types, but excluding Universities, Polytechnics, Colleges of Education and other tertiary institutions.” as severally established by the Registrar of Trade Unions, that Nigeria Union of Teachers (NUT) is the body that is statutorily registered to organize teachers in primary and secondary schools in Nigeria.

A Trade Union or Association which has not been finally registered and certificated by the Registrar of Trade Union even though it might have concluded most of the process required to obtain registration holds no claim of being a union.

With this provision of the Trade Union Act, we call on all teachers of secondary schools in Nigeria to disregard the baseless claim by ASUSS as no such matter of membership of Secondary School Teachers was before the Supreme Court and the status of NUT in unionizing teachers of primary and secondary schools remains sacrosanct and backed by the jurisdictional scope of trade unions as contained in the Trade Union Act CAP T.14 LFN 2004 cited above. And that is why we are saying, my dear secondary school teachers, this enlightenment is to let us know. We are all educated. We all know the law, we know when something is legal and when something is illegal. We should be careful, so that people should not be taking our little money illegally from us. They will tell you; no! They are not collecting check-off dues, we are collecting levies. Are you supposed to pay levies every month? You are not supposed to pay levies. You are paying taxes; they deduct it from your salaries.

ASUSS should come up with the court judgment, certificate of registration

We are challenging them, let them organise a press conference, and then bring out that court judgment which says they should unionise secondary school teachers or bring out their certificate of registration as a trade union.

Out of 15 presidents in NUT history, 13 came from secondary schools

The NUT will clock 90 years of trade union practice by July 2021. The leaders in the spirit of leadership have been mutually rotating her apex leadership’s position between the Secondary and Primary Schools teachers. This notwithstanding, record has it that out of  15 presidents of our great Union, only two had been selected from the primary schools arm, while the others were drawn from secondary schools arm. The NUT is enjoying a robust spirit of comradeship where we peruse the welfare of our members and better conditions of service, but not which arm of the teaching industry do you belong to.

The issue before the court borders on jurisdiction of High Courts to hear our case, not right to unionize

To the best of our knowledge the subject matter on appeal is ASUSS vs NUT, which was before the Supreme Court bordering on the jurisdiction of the Federal High Court to grant the restraining order sought by the Nigeria Union of Teachers (NUT) against the Minister of Labour and Employment to unilaterally register a trade union contrary to the provisions of sub-section 3(2), 5 (4) of the Trade Union Act CAP. T14 LFN 2004. The contest of the jurisdiction of the Federal High Court to hear the suit of Nigeria Union of Teachers (NUT) vs Academic Staff Union of Secondary Schools (ASUSS) was upheld by the Federal High Court Abuja, which was appealed by the ASUSS to the Court of Appeal and Supreme Court, respectively.

Of NASS clerk and providential fervour