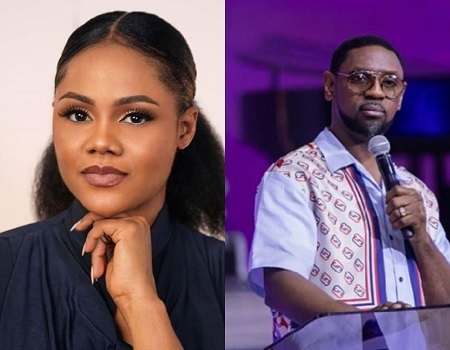 THE social media is abuzz again. Once again, there is a smear campaign being orchestrated by enemies of Pastor Biodun Fatoyinbo and the Church of Christ with the ulterior motive of bringing the name of Jesus Christ, His church and anointed servant to disrepute. It is not a new plot and the characters are not new. Every now and then, men of God are made to undergo trials and tribulations in the attempts to bring them down by the same old Satan and its allies whose phantom’s  dream is to crucify our Lord Jesus Christ the second time and decimate His church.

It is rather unsettling that long after the court of competent jurisdiction had effectively shut the lid on the rape allegation made by Bisola Dakolo against the founder of Commonwealth Church of Zion (COZA), Abuja, Reverend Biodun Fatoyinbo, his traducers are back labouring hard to drum up emotions against the popular pastor through the social media.

Bisola Dakolo, who accused Fatoyinbo of raping her had tweeted her exhilaration at the submission of a report of investigation of the rape allegation by the Nigeria Police to the Director of Public  Prosecution of the Federation for onward legal advice. The tweet, which as usual drew mixed reactions,  was anchored on her usual claim that Fatoyinbo had a case to answer and must be made to face the music.

Examining the particular of the case, it will be recalled that  the security agencies did very deep investigations and made several interventions in order to fork out non-existent evidence. They harassed the defendant and his church members in a desperate bid to find evidence and bring them down. There were equally sponsored protests to disrupt live services at COZA. As part of the larger plot, the people behind this drama against Fatoyinbo tried to use the Economic and Financial Crimes Commission to search for secret the church might be hiding but they found nothing.

The court in its wisdom had, after exhausting the plaintiff’s case and body of evidence, found the issue at hand undeserving  and consequently  declared it a nullity and an attempt to drag the good name and image of the defendant through the mud. Thereafter, the court also declared  the case statute barred  and awarded cost against the plaintiff.

Now, the police is involved again. While one is not against the desire of any citizen, including Bisola Dakolo, to seek justice, but the suspicion, which is even stronger now, is that the latest attempt to exhume a case already decided by the court by the police authorities and the claimant is another round of attempt  to subject the accused, Fatoyinbo, to further psychological torture and ultimately destroy COZA. We indeed live in a perilous time, especially in the body of Christ in Nigeria, where those who call themselves Christians are employed as Satan›s tools against men of God as Apostle Suleman, T.B. Joshua and others have experienced.

Based on how the case has been unfolding, the posers that need to be answered are whether or not at the earliest stage of this drama, the plaintiff  had, among her pleas, made a demand for financial compensation from the pastor. Why is the statement the plaintiff gave to the police incoherent with dates and number conflicting? Did she give the statement herself, if so, why are there contradictions? All these are still the subsisting issues relating to the case.

This case rests squarely on two things which many had previously expressed: first is a woman seeking for justice by claiming  to the world that she was raped. Second, it is about a man of God who has been accused of a crime and who has persistently maintained his innocence. As the accused, Fatoyinbo has gone through psychological torture, spiritual distraction and malevolent persecution by highly powerful groups of people in the body of Christ who are envious of Fatoyinbo›s ministerial success.

As some of us  have maintained, the ordeal of the COZA›s founder is the handiwork of some powerful interests in the body of Christ who despite decades of preaching, long before Fatoyinbo gave his wretched life to Christ, have been outshone by the young man of God.

Those powerful people are livid with envy that Christ, the porter of life and destiny, could bless the youthful Fatoyinbo so much. They marvel at his speedy rise in ministerial influence and fame in Nigeria and across nations of the world. They wonder why COZA could be so strong, colourful and powerful that it is attracting VIP worshippers all the time. Just like the incensed Pharisees said of Christ, they also wonder and have continued to do so asking themselves, «Why does this small boy called Fatoyinbo get such power and influence from that is making his ministry to flourish far and wide?”

Thus the plot to bring Fatoyinbo down by all means has been long in the works and there are willing tools in cheap social media and celebrity mercenaries to help execute the plot. The crystallization of that plot is this public embarrassment we are witnessing today.

Agreed, rape is a serious issue which should attract severe punishment for the perpetrator. But there are too many contradictory layers to this rape allegation which need to be ironed out and which a court of competent jurisdiction had since done. Our system should not allow influential individuals take undue advantage of the social media and the vulnerability of a section of the media to organise insurgency against our law with a view to pulling down innocent people on flimsiest, trivial, jealous and malicious grounds. Unfortunately, the rape allegation case against Fatoyinbo is fast turning into a media trial and social media persecution.