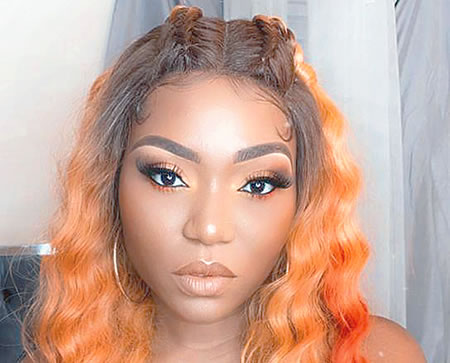 New Jersey-based Nollywood movie star, Bola Adebayo, who was popular for her stint in Funke Akindele’s sitcom, ‘Jenifa’ and self-produced movie against child abuse titled ‘Scarred’, was the topic of discussion on social media few days ago when she revealed on Instagram that she had tested positive to coronavirus after getting checked at an Urgent Care Center, located in Paramus, New Jersey, in the United States of America. She told her fans that she was embarking on a compulsory a 14-day quarantine and would be staying off social media, especially her Instagram live programme ‘Gist With Bola Adebayo’. This sparked off series of prayers and empathy from her fans all around the world on social media.

After a few days in isolation, the actress, still asymptomatic, went for another round of tests at another centre located at the University Hospital in New Jersey and with relief, announced that the result came out negative.

In a recent chat with TribuneOnline, she disclosed that she immediately revealed her status on her Instagram page in order to update her fans and allay their fears.

“I was ecstatic and immediately went on my social media pages to announce to the world.  Now I am coming all out to educate people about this Covid-19 pandemic and the psychological effect it has on people when told they have tested positive. I had my fair share of this situation.

“On June 2, 2020, I went for a test after realising that I had been exposed to an infected person and my results came out positive. Truth be told, I was devastated but I followed all medical advices given to me by going on a few days isolation, taking drugs etc. I updated my followers about my medical condition and was overwhelmed by the support I got from my fans around the world. I even jettisoned my live show for the week but something kept telling me to go for another test to satisfy my curiosity which I did on June 8, 2020. I am here to tell you that it came out negative.

“I feel burdened as I am writing this, having gone through the trauma and stigma of being wrongly informed of my Covid-19 status. My advice for anybody being tested is to try to run tests at more than one centre to be sure of one’s real situation,” she said.

Bola Adebayo, at the moment, is working on her yet to be released movie titled M.O.J (Mojere). It is a romantic movie that tells the story of a young woman ‘Mojere’  who strives to be successful against all odds. It stars a number of Nollywood heavyweights such as Yomi Gold, Tawakalitu Ajisefinni Alli, Tunde Owokoniran, Toyin Haastrup and many more. The lead character ‘Mojere’ was played by Bola Adebayo herself. The movie was shot in different locations across the United States of America and will be released soon.