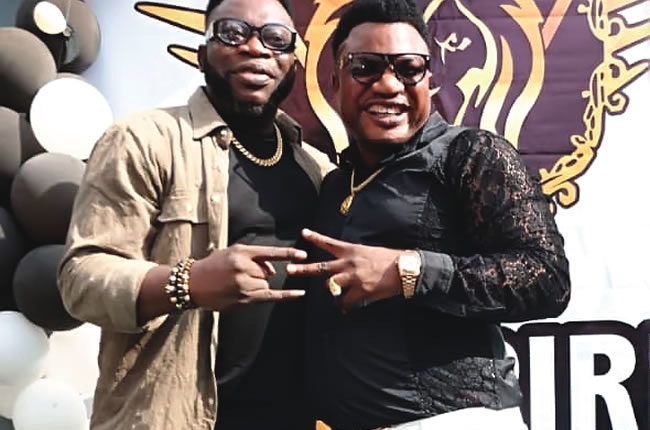 Both met last Saturday at the unveiling of the luxury apartment and party hub of the award-winning music star, Tomomewo Olakunle popularly known as Ice K (Artquake) in Lagos.

The unveiling of the mansion called, ‘Icempire‘ which has a pool, lounge, game house, and other leisure items, at 212 Olaniyi Street, Abule Egba, Lagos, was graced by celebrities and stakeholders in the entertainment industry.

The major highlight of the event was the coming together of Ice K and his long-time friend, Adegbite Adeniran (Adex). It was in the news that both parted ways for almost seven years due to irreconcilable issues.

The Abule Lawa crooner, Artquake dazzled guests and fans with lots of their hits and oldies, including, Alanta and Gyration.