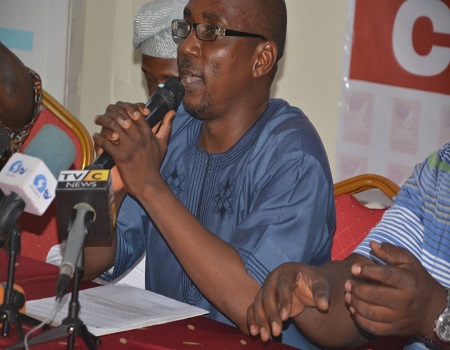 A former Commissioner for Information and Communication during the administration of Dr Bukola Saraki, Mr Ben Duntoye, who had joined the All Progressives Congress (APC), in Kwara has officially been received into the party.

Duntoye, who had earlier in the year joined the party at the ward level was received alongside many other members of the Peoples Democratic Party (PDP), in Irepodun Local Government Area of Kwara.

The event took place during the local government’s expanded meeting on Friday in Omu-Aran.

Addressing the new members, Olabanji asked them to put the interest and the development of the party above personal gains.

He said their interests had now become a priority to the party, irrespective of when they joined the APC in the state.

“Since you have all joined us, we are now one and no one will relegate you to the background for just joining us.

“You must all go to your wards and familiarise with the party’s structure and hierarchy so that they won’t say they don’t know you.

“Let me remind you that the party is doing well, that is why you came to join us. So work hard to improve our fortunes in the state,” Olabanji said.

He urged party members to sustain their support for the party as development could not go round the nooks and crannies of the state at the same time but gradually.