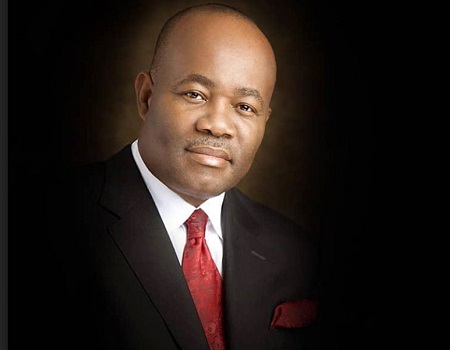 There is no respite to the leadership tussle rocking the Akwa Ibom state chapter of the All Progressives Congress (APC).

Despite the proclamation by certain chieftains of the party led by Sam Ewang, rejecting the former Akwa-Ibom State Governor and Minister of Niger Delta Affairs, Godswill Akpabio as leader, another group, APC Advocates Forum has declared that the former governor is the ‘national leader’ of the party in the state being a serving cabinet member.

In a statement in Abuja on Monday, the National Coordinator of the APC Advocates Forum, Barrister Johnson Essien, the group described as needless, the opposition against Senator Akpabio leadership of the APC.

“The recent development in Akwa Ibom APC by a segment of the party denying Chief Godswill Akpabio as the leader in the state is unwise despite the natural role nature has bestowed on him as a former governor and a serving cabinet member from the state.

The APC Advocates Forum recalled efforts by the former governor to mobilize support for the party in Akwa-Ibom State before the 2019 general elections.

“APC as a body without engine in Akwa Ibom state until Godswill Akpabio joined the fold in 2018.

“During his eight years as Governor of Akwa Ibom, the Honorable Minister changed the face of the state and touched lives like never before, earning himself the sobriquet Uncommon Transformer. On assuming office as Minister, he has been a stickler for performance, committing himself to ensure the speedy development of the Niger Delta region in tandem with his Ministry’s mandate.”

“We are using this medium to warn the crisis merchants to desist because the Niger Delta Affairs Minister, Senator Godswill Akpabio is a force that will decide the fate of the All Progressives Congress (APC) in 2023.”