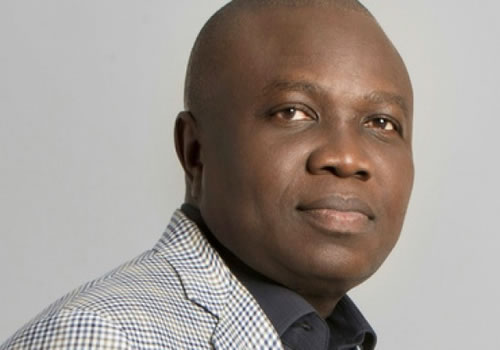 LAGOS State governor, Mr. Akinwunmi Ambode, has banned local government officials across the state from engaging in the managing traffic situation in the state, saying the measure was taken to stop them from extorting motorists in the state.

Commissioner for Transportation, Prince Anofiu Elegushi, disclosed this on Tuesday, while addressing newsmen, saying there had been complaints about the role of Local Government (LG) and Local Council Development Areas (LCDAs) in traffic enforcement

Elegushi, who said there were traffic units in all the 57 Local Governments and Local Council Development Areas in the state, however, noted that this was not a responsibility for the third tier of government

According to him, reported cases of illegal arrest, extortion and general impunity on the part of the local government operatives had been made, declaring that it was appropriate for the state government to disband all the units and outfits parading as Local Government Traffic Units.

“Indeed, there are traffic units in all the 57 Local Governments and Local Council Development Areas. However, this is not a responsibility for the third tier of Government. We have reported instances of illegal arrest, extortion and general impunity on the part of the Local Government operatives. It is then appropriate to disband all the units and outfits parading as Local Government Traffic Units. This has been communicated to all these Agencies.

“For the avoidance of doubt, officials of the ministry will start monitoring and any infraction will be dealt with in full compliance with the Law. Let me also reiterate that only the Nigeria Police, the Federal Road Safety Corps (FRSC), the Lagos State Traffic Management Authority (LASTMA), the Taskforce on Special Offences and the Rapid Response Squad (RRS) can perform Traffic Duties,” Elegushi said.

The commissioner, therefore, urged Lagosians to report any such illegal activities to the Ministry of Transportation.

Elegushi, while maintaining that the ministry had zero tolerance for illegal traffic duties, said at no time did the ministry considered ceding its responsibilities to any other tier of government.

“At no time have we considered ceding our responsibilities to any other tier of Government. Though, we continue to co-operate with persons involved in Transportation, we are committed to ensuring a peaceful and pleasant motoring experience,” he said.

“As such, His Excellency the Governor, Mr. Akinwunmi Ambode, has approved the cancellation and retrieval of all such Official Number Plates and the re registration of all government- owned vehicles.

“However, the number plates remain government property. Some others have brazenly removed them from vehicles kept with mechanics. All of these constitute a security challenge that must be addressed,” he said.

He said a new regime of official number plates would come on stream by the end of the first quarter, just as disclosed that enforcement would soon commence.

The commissioner said the state government had also noticed an unbridled entrance into the taxi or mile to mile carriage in the state without appropriate licenses and authorization by the Ministry of Transportation.

“We are also aware of the presence of the persons who use their private vehicles for transportation. This is against the law. The standard procedure is for operators to obtain an operating license and operate in the fleet of a franchisee,” the commissioner said.

Do not admit students without farming interest – Ogbeh