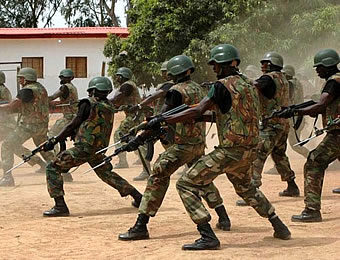 Col. Grema told TribuneOnline in a text message said his men did not invade the community, but were only there on cordon and search operation based on intelligence report.

“No invasion. It was a simple cordon and search operation based on intelligence. Thanks,” Col. Grema stated.