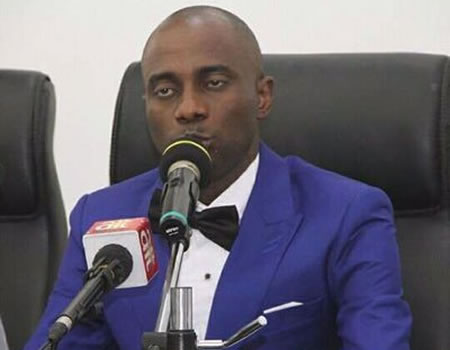 Share
PROCEEDINGS at the Investigative Panel probing allegations of Gross Misconduct against the Deputy Governor of Kogi State, Elder Simon Achuba took a different turn on Tuesday, as the Director-General of Media and Publicity to the Governor, Hon. Kingsley Fanwo accused the Deputy Governor of attempting to set the state on fire.

Fanwo made the allegation while being led in evidence by the lead Counsel to the State House of Assembly, Mr Adeniyi.

He said: “My attention was called to the disparaging allegations by the Deputy Governor and I had to appear on television to set the record straight.

These are very weighty allegations to defame the Governor. The Governor is not a murderer and does not groom murderers. The onus of proof is on the Deputy Governor.

“He claimed he has not been paid for two years and I went to the program with a document that shows he has been paid up to date.

This is another falsehood peddled to make the Governor and the Government look irresponsible.

“Also, our IGR for 38 months was not 51 billion Naira as he claimed. He simply appeared on television to defame the Governor and the Government”

Earlier, the Auditor General of the State, Mr Yakubu Okara told the Investigative Panel how the Deputy Governor has been violating Audit Laws since 2016. He said Mr Achuba has refused to retire all the monies paid to his office despite repeated requests from the Auditor General’s Office.

The Lead Counsel to Mr Achuba, Mr Jibrin Samuel Okutepa, SAN laboured strenuously to prove that the life of the Deputy Governor was endangered by the Governor. He said there were reports of violence in the state prior to the last general elections.

The Chairman of the Panel, Mr John Baiyesea had to intervene on a number of occasions to calm frayed nerves.

The Director-General of Media and Publicity was the last witness called by the Legal Team of the House of Assembly.