Accident claims one life, others injured in Bauchi 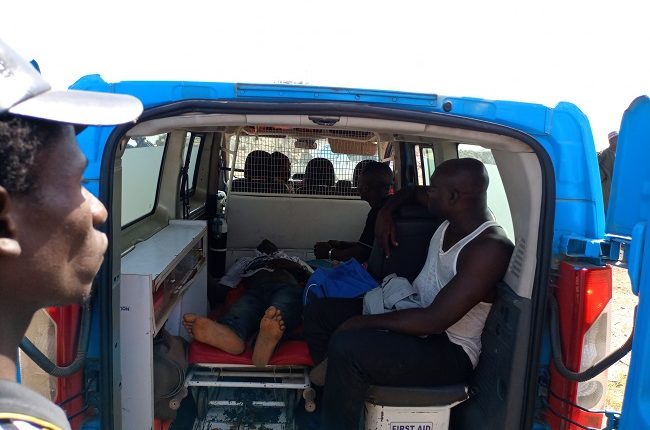 A ghastly motor accident in Bauchi involving three commercial vehicles has claimed one life while several others were injured at various degrees.

The accident occurred at about 1 pm on Monday at Dungal Village, 10 kilometres away from Bauchi town along the ever-busy Bauchi-Jos road.

An eyewitness, Malam Umaru told Tribune Online, who was at the scene of the accident and joined the rescue team being a special marshall, that the accident was caused by a motorcyclist who in the process of crossing the road was hit.

The accident involved a Galaxy minibus belonging to Plateau Riders which was heading to Jos from Maiduguri, a Toyota Hummer bus conveying police personnel to Maiduguri from Port Harcourt and a Sharon minibus heading to Bauchi from Jos.

The witness added that on seeing what he caused, the owner of the old motorcycle ran away from the scene into the nearby bush, saying that nobody knows his identity because he is not from the village.

Some of the passengers who spoke to Tribune Online attested to the fact that their vehicles were not overspeeding but had the head-on collision while trying to avoid hitting the man and his old motorcycle in the middle of the road.

Personnel of the Bauchi Sector Command of the FRSC who later arrived the scene of the accident evacuated all the victims to the Abubakar Tafawa Balewa University Teaching Hospital (ATBUTH) for medical attention while the dead was to be deposited at the hospital morgue.