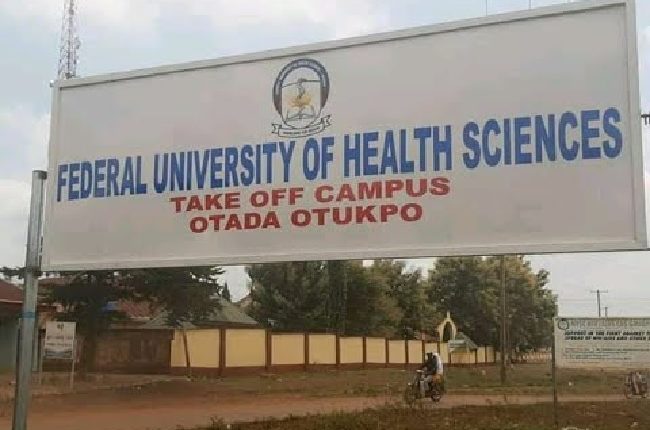 The Vice-Chancellor of the newly established Federal University of Health Sciences, Otukpo (FUHSO), Professor Innocent Uja, on Monday, said that the instruction will soon commence the academic programme.

The VC said this at the Otada temporary site of the university when the leadership of an Idoma socio-cultural organisation known as “Iponu Welfare Association,” Makurdi, paid him a courtesy visit.

Prof. Ujah who also said that the institution was going to be ICT driven further disclosed that the university was on the verge of admitting its first set of students, stressing, “students recruitment has started, we have commenced screening already.”

He explained that the university would be offering courses in other relevant disciplines, particularly in the sciences.

“We decided that it shouldn’t be a medical institution alone but health sciences. And that is why we have established faculty of sciences,” the VC explained.

In order to commence academic programmes as planned, Prof Ujah also stated that academic staff have been recruited from the avalanche of available applicants on merit.

He further intimated that the teaching hospital would commence operation from the General Hospital Otukpo which he said was currently in a dilapidated state.

“The general hospital is in a severe deplorable state but it can be revived. It would be renovated while we work on the permanent site, ” the VC said.

Prof Ujah commended the Permanent Secretary in the Federal Ministry of Education, Architect Sunny Echono, for the noble roles he played towards the actualization of the university as well as Otada, the temporary host community for its support.

Earlier, Chairman of Iponu Welfare Association, Sir Moses Ajima and Secretary, Mathew Otache, charged the Vice-Chancellor and his management team to strive to put the institution on a strong footing even as they advised that the employment of competent hands from the Benue South Senatorial District should be considered.

“We are here to rejoice with you on your elevation first as the President of the Nigerian Medical Association and then as the Vice-Chancellor of the Federal University of Health Sciences, Otukpo,” Asema said.