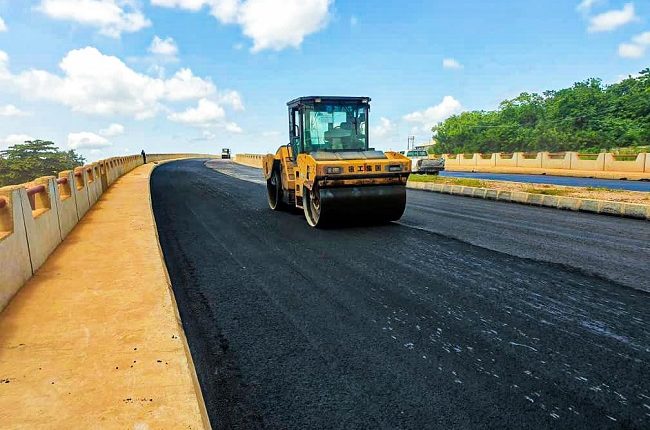 The Ogun State governor, Prince Dapo Abiodun, has released funds to execute the completion of many abandoned flyovers and road projects inherited from the immediate past administration.

This was disclosed by the state commissioner for Works and Infrastructure, Mr Ade Akinsanya, during the inspection of ongoing roads and flyovers projects within Abeokuta, the state capital.

The commissioner said the move was in fulfilment of Abiodun’s social contract with the people of Ogun State, with a promise to complete the various abandoned projects of the past administration.

Akinsanya inspected the asphalt lane of the Kuto Flyover, Mokola Bridge along Ajitadun-Adatan Road, as well as Panseke-Adigbe road amongst others.

He reiterated the unwavering determination of the state government to ensure the completion of all legacy projects in the state to boost socio-economic activities across the state.

“Let me categorically point out that the Prince Dapo Abiodun administration has released fund to ensure the speedy conclusion of all abandoned projects by the previous administration.

“It is embarrassing that many of these projects were awarded since 2012 and 2013 respectively”.

The Project Manager for the China Civil Engineering Construction Company (CCECC), Engr. Sewell Zhao described as timely the release of funds by the state government to complete the projects.

Zhao said, “This will aid the quick completion of projects in record time and thereby remove the stress of motorists, commuters and other road users along Kuto area”.