A message for new governors

Opinions
By Adegbenro Adebanjo On Jun 5, 2019 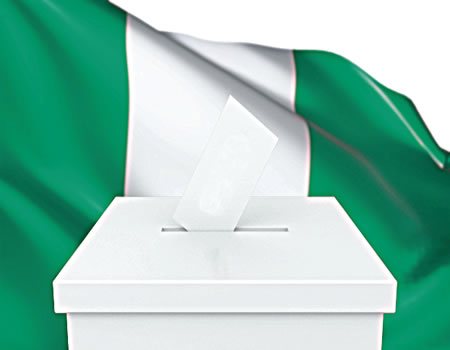 EVEN before they fully internalise the import of their oath of office, the  new big men in the corridors of power are already rustling feathers and showing that they know how to deploy  naked power for personal aggrandizement and settlement  of political and personal scores.  In the usual impulsive approach to matters of state in this clime, the new governors, like their predecessors in office, have started the task of demolishing the traces of their forerunners .  That to them is how to show the people that they are working. And  in some states this self-imposed task of fighting the former big men , that  they took over from, will take the better part of the next four years.  This is the path not trodden by Rotimi Akeredolu when he became Governor of Ondo State more than two years ago. Akeredolu, who has preserved and built and improved  on the projects , policies and programmes  of Olusegun Mimiko whom he succeeded, while  also charting new course for his administration where and when necessary, may not understand why his colleagues, past and present,   believe with canonical  conviction, that the men of yesterday and their legacies, good or bad, must be obliterated for them to fully come into their own. He may have to ask Emeka Ihedioha , the new Governor of Imo State, who may have set for himself the task of undoing everything done by Rochas Okorocha  in his eight-year reign as Governor of Imo State .

Within 24 hours of taking the oath of office,  there was the demolition of a  monument built by Okorocha with the common patrimony of the people of Imo State without any recourse to the people or any information for the people on the matter or reason for the action. All the people just  saw was that  a demolition squad, a  bulldozer with the full complement of armed security agents, made  their way  to the Akachi Tower, a towering monument built on a reclaimed dumpsite in Owerri and attempted to reduce it to rubbles. But due to its imposing and sturdy nature, they could not  do the task  with immediate effect and automatic alacrity. Following the near general outcry that greeted the action, the government claimed in a statement that it was not responsible for the demolition  and did not know how a bulldozer was brought to a government property. Okay, what the  government is  telling us is that private individuals could  embark on the demolition of government property in broad daylight. That in itself is an admission of laxity.  Two things are likely to happen to the controversial monument. It may either be rebuilt or abandoned by Ihedioha.  Whatever happens, it is already a monumental loss not to Okorocha but the people of Imo State. It is an action that should not have been taken in the first place. For whatever the shortcomings of the Akachi Monument, it should  and can still be put to productive use for the good of the people of Imo State.

Many of the new governors will cancel the projects and policies of their predecessors  without consideration for their merit and benefit to the people. The main cause  of such ill-advised action of throwing away the baby with the birth water is the personification of power. Nigeria’s democracy thrives on the rule of the big men who seem to be bigger than the institutions that should keep them in check. The structures designed to prevent them from overreaching themselves have been emasculated over the years and most governors act like lords of the manor whose action and inaction cannot be questioned. Some years  ago under the current democratic dispensation, a  governor irked by the  strident criticisms  of his policies and programmes by his predecessor simply asked  the ministry of works to divert an ongoing road to pass through the palatal house of his traducer. The ex -governor thought it was a joke until he was alerted to the presence of armed policemen, a hoard of workers and  bulldozers pulling down part of his house. It took the intervention of traditional rulers and the promise by the erring one  to declare an immediate  ceasefire  before he could pacify his successor who then ordered that  the road be reverted back to its original course. Of course the very first act of another former governor in the South-West in 2011 was to demolish the fence of the church built by his predecessor while also threatening to take down the whole building before reason prevailed. But nobody could stop him from carrying out a wholesale abandonment of nearly all the policies, programmes and  projects  of his forerunner. The action of the South-West governor was replicated in nearly all states with new governors. We are already witnessing the same scenario in the current dispensation.

Akeredolu also faced the temptation and allure of fighting his predecessor and jettisoning his projects and policies. On   assumption of office, he came under relentless pressure from different quarters asking him to dislodge  the larger than life image of his predecessor popularly called Iroko which loomed large in the Ondo State landscape following his eight-year tenancy in Alagbaka Government House, Akure. Akeredolu was told that he could only  carve a niche  for himself through the  removal of the  imprimatur of Mimiko . One of the things they asked him to do was the cancellation of the University of Medical Sciences established by Mimiko in his hometown of Ondo. They claimed that Ondo  already has Adeyemi College of Education which has been upgraded to a university by the Federal Government and therefore another higher institution in the town was unnecessary and inequitable for the other parts of the state.

They also asked Akeredolu  to revisit other programmes and projects of Mimiko for possible cancellation.  Akeredolu did not budge.  Rather than throwing out the medical school, he has given the university a new lease of life with the signing of the enabling law to give legal teeth to its teaching hospital status. He also continued with the Mimiko’s administration’s   Mother and Child Hospital project expanding it to Igbokoda, Owo and Okitipupa. The state identity card project and several roads including Ondo township roads started  in the last dispensation have also received due attention and fine-tuning from the Akeredolu administration. The ultimate winner is everybody in Ondo State. By not spending quality time and resources on the project to denigrate his predecessor, Akeredolu was able to  settle down to  governance immediately after he was sworn in and the fruits are already visible .

He is also unlikely to leave a legacy of abandoned projects.  Not that that new governors should be compelled to adopt everything done by their predecessors in office.

There is always room for improvement and they are free to bring new ideas  while dispensing with  patently  fraudulent and ego driven policies and programs. But Projects that are in the best interest of the people like the University of Medical Sciences in Ondo State  should not be abandoned for political and other flimsy reasons.  For instance , for inexplicable reason and obviously in tandem with “Whatever my predecessor in office has done is bad syndrome” , the multibillion dollar Olokola  Deep Seaport project  initiated by the Gbenga Daniel administration in Ogun State was  abandoned by his successor. That project if it had been continued would have added value to the country’s  economy and partly solved the Apapa Port gridlock.

According to an official of the World Bank ,one of the major problems bedeviling Nigeria , apart from corruption ,is  the spate of abandoned projects all over the country. And they stem from the tendency of drivers of successive administrations to rubbish the policies of their predecessors and start afresh for purely egoistic reasons.  In the process incalculable damage is done  to governance and the economy. Billions of naira and dollars committed to such projects are wasted every four years.  Ultimately the mass of the people who cannot afford to pay for  their own private borehole , generate their own power , visit top range hospitals at home and abroad and send their children to private schools bear the brunt of such bad decisions as projects that  should be providing such services have long been abandoned.