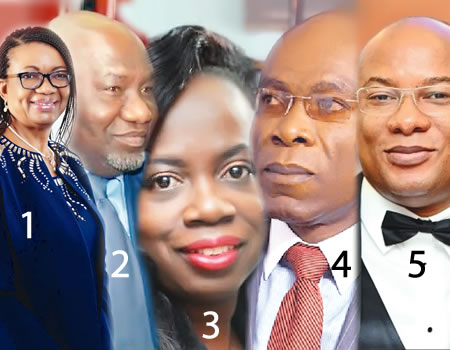 Organizational failure usually arises for two reasons: inability to translate vision into tangible results and the failure to create value on a consistent basis. The two are traceable to either wrong staffing or wrong staff placement. It is for this reason that great leaders are particular about those they bring on board their organizations. They spare no effort to ensure that they get the staffing right, knowing very well that once they are able to assemble the right people, moving their organization to the desired height will not be a difficulty.

But a number of leaders make hiring errors that limit the actualization of their organizations’ goals. Here are some of the hiring mistakes to avoid.

ALSO READ: I have a crush on Biodun Okeowo — Olushola Micheals

There is no one hired by Google who is not approved by Larry Page, the CEO and Co-founder. Though Google hires about 4,000 people yearly, Page insists on approving every single hire because, according to him, though he hates bureaucracy, he wants the company to stay true to his vision in spite of its exponential growth. He adds that being involved in the recruitment process “helps me to know what’s really going on.”

The same thing goes for Richard Branson, Founder of the Virgin Group, who is involved in all senior-hiring decisions for the over 200 companies in his group. Branson says he gets involved because he wants to employ people who share his passion about the business. As a result, he sometimes gets prospective employees flown to his Necker Island base so as to have an interaction with them before the final decision is made.

Concentrating only on competence

Competence is critical in hiring. The essence of hiring an individual is to be able to perform specified functions; therefore it is important to pay attention to the competence level of the one to be hired so as to ensure his capacity. However, if the competence level is the only criterion considered before offering a person a role in an organization, it would be too limiting and may have serious consequences. Attention should also be paid to the character of the individual. While competence speaks about a person’s capacity, character speaks about his content, who he really is. What a person can do is subsumed by who he is. If he is strong in competence but weak in character, he will end up being a liability to the organization. To test for character, look for gaps in the resume. If there are some inexplicable gaps in a candidate’s resume which he is unwilling to talk about until he is asked, the candidate may have character issue. A candidate who exaggerates his ability may also have character issues.

Character should always be placed higher than competence while hiring people because while skills could be acquired, character cannot. A person’s character is the person indeed.

Failing to hire those who are smarter than you

Some leaders are unwilling to employ those who are smarter than they are for the fear of the new people displacing them or exposing their weaknesses. But great leaders always employ those who are strong in their own areas of weaknesses. Leaders who fail to employ those who are smarter than they are suffer from what C. Northcote Parkinson calls injelititis, a development in which an incompetent leader ensures that those that work with him are less competent than he is. Parkinson describes injelititis as an infectious disease that results in business failure because as more and more incompetent people are engaged by an organization the value creation will dwindle until the business eventually dies.

Hiring someone you can’t fire

Nothing ruins a company faster than sentiments. The best leaders are those that can be impersonal when necessary, those who can take the best decision in the best interest of the organization without bothering whose ox is gored. Great leaders value loyalty but do not sacrifice competence for it. Great leaders are fair and ensure that everyone gets his or due because they understand that anything to the contrary would lead to favouritsm or nepotism. Great leaders will not hesitate to fire anyone who does not measure up to the expected standards.

Favouritism always results in dissatisfaction among workers and destroys their morale. When it becomes apparent that the leader is unwilling or unable to punish infractions or correct misdemeanors, the workforce’s motivation to give their best to the tasks assigned to them becomes sagged. If employees have come to realize that some workers are sacred cows who cannot be touched by the management irrespective of their level of incompetence or indolence, productivity will head south and the company would bear the brunt. When an organization finds a way to either promote or keep employees who are not doing enough in the system, the message to the rest of the workforce is that industry will go unrewarded. This would send a wrong signal to the hardworking members of staff who may decide to vote with their feet.

It is always a dangerous development when a system habours staff who cannot be sanctioned when they contravene agreed terms. Wise leaders avoid such difficult situation by refraining from recruiting friends and families who they will be unwilling to bring the full weight of the organisation’s terms on when occasions demand such.

Hiring those without candour

Jack Welch, former CEO of GE, calls candour the “dirty little secret” in business which can chain an organization to mediocrity if it is not developed. He also says the remarkable absence of candour in the workplace represents one of the most significant obstacles to companies’ success.

Organizations that consistently turn in good results are those which are peopled by men and women who value candour, people who do not paper over cracks, people who are bold enough to call a spade by its name and not describe it as an agricultural implement. When an organization has entrenched the culture of candour, pretence flees and issues are addressed as they arise. The result of this is high level productivity and high intolerance for opaqueness.

When a business leader values openness, those who work with him are sure of where they stand at any point in time. They know whether they are promotable or not, so no surprises at the end of the day. This encourages those doing well to do more and it also motivates those lagging behind to up their game.

Before bringing in anyone on your team, assess them for candour. To test for candour ask a prospective employee a yes or no question and see how he or she answers. If he gives an ambivalent or evasive response, he is short on candour and will likely promote dishonesty when employed. A person who is strong on candour is almost definitely a person of integrity.

Without the right personality mix, a company cannot go far. Before hiring a candidate, two critical personality traits should be tested. These are his teachability and his grit level.

A teachable candidate will be a value-adding person because he is favourably disposed to acquiring new knowledge and skills which would make him get better on the job. The world is at a point where technology is rendered obsolete almost at the speed of light. Therefore the employee of this age must be one who has an unquenchable appetite for knowledge and learning. To test for this personality, ask questions about what he learnt where he had been, the books he had read as well as the seminars and conferences to which he had sponsored himself. Let him also speak about how the acquired knowledge had been put to use where he was.

Organizations that are manned by gritty people do not cave in under pressure. They stay afloat until the tide turns in their favour. This is because those handling such organizations are determined to succeed in spite of all odds. They are so determined to achieve what they set out to do that obstacles do not mean anything to them. Therefore, while recruiting new staff, it is important to be on the look out for those who can persevere to get the desired result. To test for grit, ask questions about the most difficult tasks the candidate had ever undertaken and how he was able to turn around the situation.

Personnel determine the fate of an organization; getting the best keeps the organization afloat.