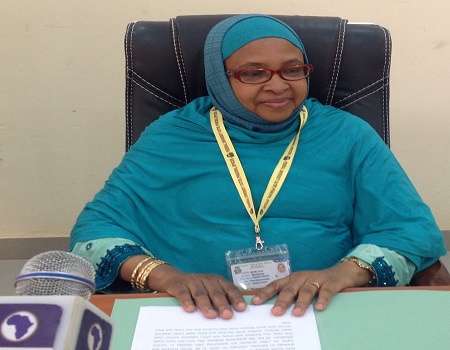 The Vice-Chancellor, Federal University, Dutse (FUD), Prof Fatima Batul Mukhtar, says 52 students graduating with first-class degrees are among the 786 to receive their certificates during the institution’s 2019/2020 Convocation ceremonies.

Mukhtar, who made this known at a pre-convocation news conference on Wednesday in Dutse, said the event was slated for February 22.

She said that 291 were also graduating in the second class upper division.

According to her, 338 students earned second class lower division, while 105 were graduating with third class.

“We are also graduating 162 postgraduate students in various disciplines,’’ she said.

The VC said that the university, which at inception in the 2011/2012 academic session started with three faculties, had increased its academic departments to 32, with six faculties.

She said it had a College of Medicine and Health Sciences and a School of Postgraduate Studies.

“Equally, the students’ population has steadily increased from 202 in 2012 to the current number of 9,491,” the vice-chancellor said.

She said that arrangements had been concluded to establish the Faculty of Education.

The VC said that the university would introduce B.ED Basic Education to address the paucity of qualified teachers in the basic education sector and a B.Sc in Library and Information Science.

“The university is proposing four new programmes in the Faculty of Management Sciences, apart from the five existing programmes.

The News Agency of Nigeria (NAN) reports that the Vice President, Prof. Yemi Osinbajo, is expected to deliver the institution’s convocation lecture on Friday, February 21.

It has the theme “Facing the new Decade.”