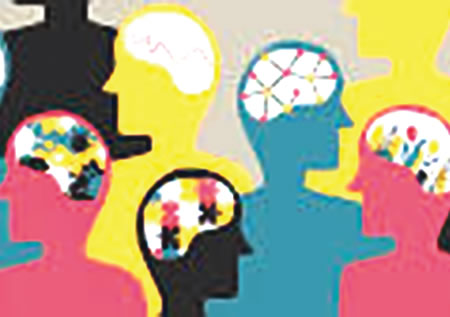 Contrary to what many people think, a mental health expert, Dr Jibril Abdulmalik has said that 50 million Nigerians stand a risk of developing mental health problems, and some culminating in suicide.

Dr Abdulmalik spoke at a one-day online training on mental health and suicide reportage for media practitioners in commemoration of the World Suicide Prevention Day (WSPD) 2020.

It was organised by the WHO Collaborating Centre of Excellence in Mental Health Neuroscience and Substance Use Disorders, University of Ibadan, and the Department of Psychiatry, UCH/College of Medicine, the University of Ibadan in partnership with the Asido Foundation and StableMums.

The mental health expert declared that mental illness and suicide are increasingly common in Nigeria even as one in every four Nigerian stands a risk of developing a mental health problem during their lifetime.

According to him, nearly a million people die from suicide every year and equating to about one suicide death every 40 seconds.

While noting that mental illness can occur across the lifespan from children through adulthood into old age, are treatable and individuals affected can recover and live normal lives, Dr Abdulmalik declared that there is a lot of ignorance, shame stigma and misunderstanding around mental ill-health in the country.

The expert declared that although mental health is an integral and important part of health in Nigeria and with millions of Nigerians affected, the law regulating its practice, Lunacy Act of 1958, is obsolete.

He added, “a new mental health bill is under consideration at the National Assembly. The bill is important to ensure we have a modern law that protects the rights of individuals with mental illness and discourages abusive practices.”

Dr Abdulmalik, however, urged the media to help to change the negative portrayals of mental ill-health as the consequence of the spiritual attack, or the handiwork of evil-doers.

According to him, “Media portrayals and reportage of mental illness and suicide especially need to improve in order to reduce shame, stigma and discrimination of affected persons and their families.

The glamorisation and sensitisation of suicidal behaviour as well as the use of graphic portrayals of suicide is not appropriate and should be discouraged.”

He also asked the media to be sensitive to the emotions of relations, friends, and colleagues who may be in shock and still grieving their loss in the reportage of suicide deaths.