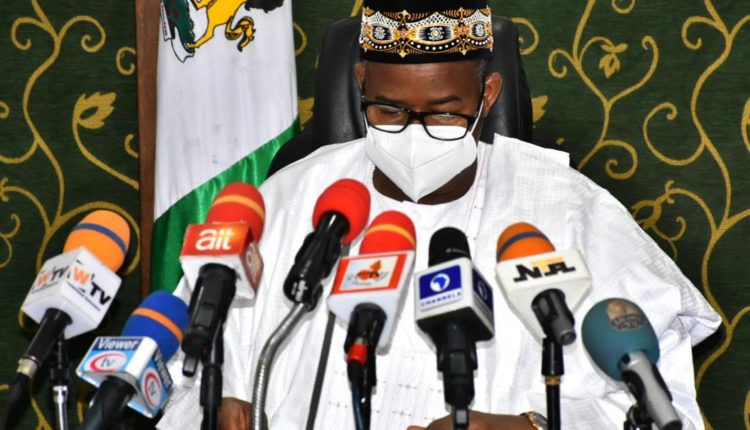 Briefing journalists on the outcome of staff verification embarked upon by the State Government on Wednesday, Special Adviser to the Governor on Civil Service Matters, Abdon Dalla Gin, also said that nine dead pensioners were discovered in the state pension payroll during the same period.

The special adviser further said that the state government has saved over N91,404,296.19 from the pension of the discovered dead persons explaining that the discovery was by the panel set up by the state governor last year on the verification of workers who had no Bank Verification Numbers (BVN) but had been drawing salaries illegally.

Abdon Gin said that: “The committee discovered 312 deceased local government pensioners on nominal and payroll. The monthly value is N9,921,511.48. They have been permanently removed from both the nominal roll and payroll of the state.”

“Also, the committee discovered nine deceased state pensioners from the nominal and payroll. The monthly value is N234,521.91. They have been permanently removed from both the nominal roll and payroll.

The SA further disclosed that “During the verification exercise, 112 state and 284 local governments employees (including LEAs and PHCs) were not cleared by the committee due to death, overaged/due for retirement, failed to appear for physical verification or abscondment.”

He, however, said that 396 ghost workers in both the state and local governments were also discovered in the payroll of the government which made the salary volume of the month to rise unjustly.

He added that 23 state and local government staff were discovered to be illegal replacements which were costing the government N669,479.57 monthly and have been removed from the payroll.

Abdon Gin further disclosed that 11 civil servants were discovered through their July – September 2019 bank statements to be collecting double salaries on Government payroll saying that the Committee has recommended them to the Head of Civil Service to discipline them accordingly.

“Four civil servants discovered through their July – September 2019 bank statements to be collecting salaries from the state and other organisations. The Head of Civil Service is to discipline them according,” he said.

The SA added that “Three civil servants were discovered through their July – September 2019 bank statements to be collecting salaries from the state and the N-Power programme. The Head of Civil Service will discipline them accordingly,” he stated.

According to him, the committee also discovered and removed from the payroll, 83 local government staff who had exited the service but still active on the payroll costing the government the sum of N3,546,271.24 monthly.

He added that 11 state civil servants who had exited the service but still active on the payroll were costing the government N1,366,077.02 monthly were also discovered and removed from the payroll in the sanitization efforts of the government.

The special adviser then lamented that the lack of punishment of culprits in the past was responsible for the recurrence of such corrupt practices saying: “Lack of punishment is the reason for the continuous perpetration of these people and we must punish them this time around.”

He then said that “We want the be meticulous in the punishment and we will use the civil service rules to do that and if the offence is so severe, such will be dismissed from the service.”

Abdon Dalla Gin then assured that the aim is not to victimise any worker but to ensure that only genuine workers are on the payroll of the government adding that the effort is to ensure that the state attained the level of a ghost workers free state.

We Are Here To Work, Ashafa To FHA Management