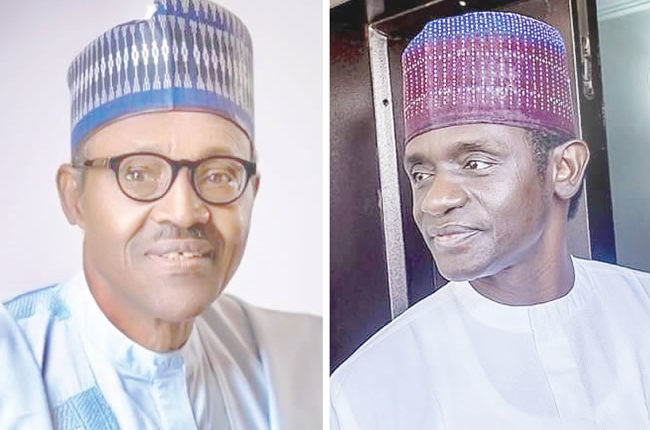 TAIWO AMODU writes on the unfolding intrigues, battle of wits and controversy in the ruling All Progressives Congress (APC) over the policy of zoning of its presidential ticket for the 2023 elections.

THE APC is set for a bigger crisis that could polarise its ranks along the unnerving faultlines of religion and ethnicity. A mutual agreement of rotation of Presidency between the North and the South is about to be jettisoned, less than two years into President Muhammadu Buhari second term in office and three years into his constitutionally guaranteed eight years in the saddle.

Chieftains of the party and its ordinary faithful, who take it for granted that power will shift to the South after Buhari’s from the North-West State of Katsina, are already confounded over indications that no zone would be foreclosed in the race for the APC presidential ticket.

Controversial stalwart of the APC and President Buhari’s nephew, Mamman Daura, had tested the political waters last July, when he hinted that zoning would not matter in 2023.Speaking with the  British Broadcasting Corporation (BBC), Hausa Service, he said Nigerians should foreclose discussion on zoning and insist on competence. Daura claimed that zoning had been counterproductive in Nigeria in the last two decades, since it gained currency in its political lexicon.He said:”This turn-by-turn, it was done once; it was done twice, and it was done thrice…. It is better for this country to be one….It should be for the most competent and not for someone who comes from somewhere,” he said in the BBC interview.

Already marked as a member of the President Buhari kitchen cabinet, derisively labelled as cabal, his view on zoning courted the anger of Nigerians and trepidation within the ruling party. Daura, according to the APC chieftains, had let the cat out of the bag ahead 2023.

From the Presidency, it was a moment of befuddlement as they tried to insulate President Buhari from the “personal” opinion of his nephew. Senior Special Assistant to the President on Media and Publicity, Mallam Garba Shehu, claimed that Daura was on his own as his views did not represent the voice of  the President.

The presidential spokesman maintained that as a senior citizen, Daura reserved the right to speak on contentious national issues. “It is important that we state from the onset that as mentioned by the interviewee, the views expressed were personal to him and did not, in any way, reflect that of either the President or his administration. At age 80, and having served as editor and the managing  director of one of this country’s most influential newspapers, the New Nigerian, certainly, Malam Mamman qualifies as an elder statesman with a national duty to hold perspectives and disseminate them as guaranteed under our constitution and laws of the land. He does not need the permission or clearance of anyone to exercise this right.”

Aside President Buhari and his kitchen cabinet, one other power bloc within the APC which decides who gets what is the governors of the party. With their forum,  the Progressive Governors Forum led by Kebbi State governor,   Abubakar Atiku Bagudu, the governors often offer illumination on what to expect from the Presidential Villa and the shape of unfolding events within the party and the country..

Last week, the director general of the PGF, Salihu Lukman, told Nigerians that zoning would be foreclosed in the 2023 presidential election as he declared  that it was undemocratic to shut out individuals from the race  based on their ethnic or geopolitical zone. He said: “Everybody could see that the place is open whether you call it with reference to 2023 or reference to any election, it’s about the fact that the spirit of political contest in the party is now very high. It means that if you want to negotiate as a good negotiator; if you want to canvass as a good canvasser for a specific interest, the party is up to you.

“The pertinent point to make here is that nobody can say President Buhari has decided or there is a decision on the party, this is where it would go. That is why in the whole speculations, you would see that there are so many names that are being put in the public space which means that in 2023, there would be contest in APC.

“And if you’re a politician, what are you looking for? Is it not contest? So, you go to where you know that if you play your card very well, there is a 50-50 chance that you can get what you want, when you want it and where you want it? That is the message now which the President has nurtured and popularised in the APC. By extension, it serves a death knell that marks the end of foreclosure in political contests in the Nigerian politics. What we are saying is that foreclosure in our political contests is dead.”

A week after the Lukman revealing stance in an interview, none of the governors has come out to reject or disclaim what he said. 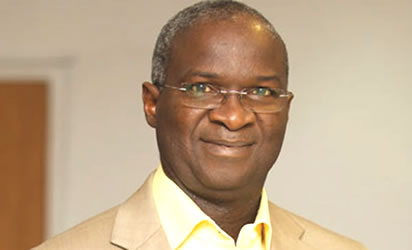 Is Fashola on his own ?

Two-term Lagos State governor and Minister of Works and Housing, Mr BabatundeFashola, also during the week, warned against move to discard zoning in the APC. At an interview session with journalists last Monday, Fashola who admitted that there was no provision for zoning of elective offices in the Nigerian Constitution and the APC Constitution, however, counselled that politicians should always show fidelity to unwritten gentlemen agreements. “First, let’s talk about law; let’s talk about agreement, the law is the constitution. The constitution decides the age which you can contest certain offices and there is nothing in the constitution that says zoning.”All our political parties are clubs, where you write agreements just like a social club and we can decide that it is the youngest person who will be the chairman of the club or we can decide that it is the oldest person or the next female or the next male. That is the matter of an agreement between people.

“But the constitution that sets up the climate of political party formation does not prescribe zoning. The truth is that what makes an agreement specification is the honour in which it is made; not whether it is written. If it was written, there would be no court cases of breach of contract because it’s a document that is written and signed that goes to court.  But the private agreement you make with your brother and sister can be breached.”

While the claims and counter-claims on zoning persist, the APC Caretaker /Extraordinary Convention Planning Committee led by Yobe State governor, Mallam Mai Mala Buni has maintained silence, avoiding to be joined in the discussion. It has also been accused of failure to convene a meeting of the party highest organ, the national convention, where a new set of national officers would be elected to run the affairs of the party.

A new set of substantive national officers to manage the affairs of the party ahead of its presidential convention  will be revealing as the zone that produces national chairman may be foreclosed from seeking the exalted office of Presidency.

To worried party chieftains, the Buni committee has continues to plead for patience and cooperation of party faithful.  It argued that it would be counter-productive to conduct a national convention when the crises rocking the state chapters of the APC have not been resolved. It maintained that peace remained a sufficient condition and prelude to a convention Investigation, however, revealed that agitated members of the party and presidential hopefuls anxious to know where the pendulum will tilt will have to wait till 2021 as the Buni Committee is unlikely to conduct a convention in the outgoing year.

Indications to this followed the decision of the committee to insist on the compilation of a fresh register of APC members nationwide. The committee has since announced the date for the commencement of the registration exercise, which if December 13 to end in January 2021. It would be recalled that some sections of the party had vehemently opposed the registration exercise alleging that it was a ploy by the committee to elongate its tenure, which by its mandate ought to expire this month. Obviously, the intrigues and hide and seek in the ruling party has just begun as the battle for the 2023 Presidency thickens.

Members of the caretaker committee and extraordinary convention planning committee headed by Buni include Governor IsiakaOyetola of Osun (South-West) and Senator Ken Nnamani (South East).Others are Stella Okorete (Women Representative), Governor Sani Bello of Niger (North Central), Dr. James Lalu (Physically challenged), Senator Abubakar Yusuf (Senate), and Akinyemi Olaide (House of Representatives).David Lyon (South South), Abba Ari (North West), Professor Tahir Mamman (North East), Ismail Ahmed (Youth leader) and Senator Akpan Udoedehe as Committee Secretary. At the inauguration of the committee, the chairman promised to embark on genuine reconciliation of all party leaders and members. He said that the committee believed that the decision of NEC to set up the body marked the beginning of a new era in the APC, urging all aggrieved members who had instituted cases against the party to withdraw them for smooth negotiations in the interest of the party. Buni stated:  “It is time for this committee to commence the process of true reconciliation among leaders and members of the party at all levels. It is our belief that the decision by NEC to constitute this committee will mark the beginning of a new chapter in our great party. Change is inevitable and disagreement on issues and concepts are an integral part of human and institutional relationship. As a political party built on strong ideology and, parading men and women of enduring principle and integrity, we must prepare for real and anticipated changes and their consequences. The outcomes of changes that evolve in our party politics must be decided by us.

“As the interim managers and leaders of our party, our priority would be the recognition of the need to act appropriately and acceptably in the overall interest of the party. Our actions in the next few months would be proactive and responsive. From now onward, we will concentrate on medium and long-term development of our strategies and internal organisation to support our public standing, as well as our chances of electoral successes in all future elections. This is the time for us to focus with determination to create adaptive institutional capacity to weather the current divisions in our party.”

To what extent that goal is achieved will be determined by time.