16 stowaways arrested inside ship heading for US 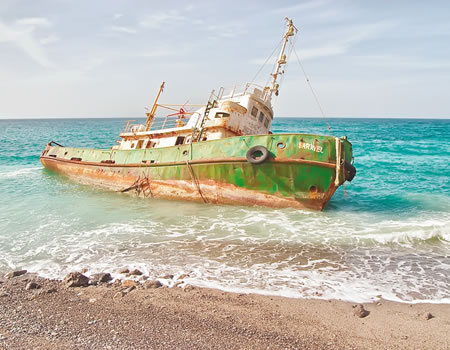 Fifteen Nigerians and a Liberian were, on Friday evening, arrested while attempting to leave the country as stowaways inside a United States-bound ship.

According to a statement by the Nigerian Maritime Administration and Safety Agency (NIMASA) on Saturday, the Search and Rescue personnel of NIMASA in conjunction with officers and men of the Nigerian Navy apprehended the 16 stowaways on the US-bound vessel, MV Colombia River.

The arrest, which was effected on Friday November 4, 2016 at the Lagos fairway bouy, according to the statement, was sequel to a distress signal sent to the Regional Search and Rescue Coordination Centre based in NIMASA which in turn alerted the Nigerian Navy.

It was gathered that the Navy immediately sent its vessel, NNS Karaduwa, to the location of MV Colombia River where the 16 stowaways were apprehended and one of them sustained an injury on the shoulder while attempting to escape.

According to the statement issued by Hajia Lami Tumaka, Head, Corporate Communications, of the agency, “the crew of the Hong Kong-flagged vessel had originally thought that they were under attack by armed pirates but preliminary investigation showed that the persons on board the vessel were only intruders who hid in the vessel to leave the shores of Nigeria in search of greener pastures in the United States.

“The stowaways who also included one Liberian national are in custody and will be handed over to the Nigerian Immigration Service for further action.”