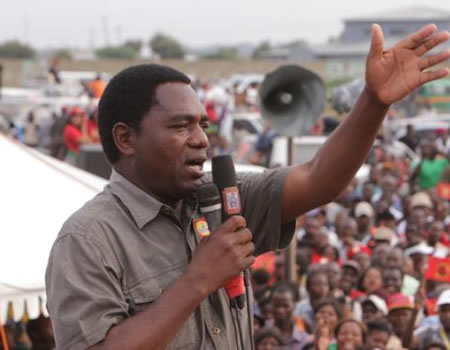 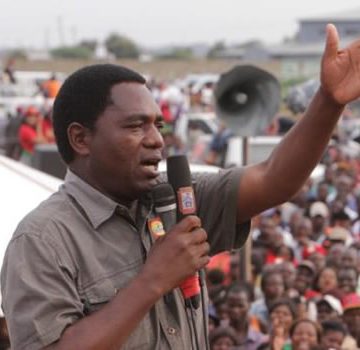 Zambian churches on Friday urged the government to release the main opposition leadercwho is being held in prison over treason charges and let him face trial under house arrest.

United Party for National Development (UPND) leader Hichilema and five others were arrested in April and charged with treason after a number of opposition vehicles failed to make way for President Edgar Lungu’s motorcade.

The case has stoked political tensions in Zambia, seen as one of Africa’s more stable and functional democracies, following a bruising election in 2016.

Church leaders including those from the influential Catholic church said in a joint statement that they were amazed at the prolonged detention of Hichilema, popularly known as HH.

“HH is not an ordinary criminal but a political prisoner who should be treated with respect.

“We therefore call for the release of HH from prison,” the clergy said in the statement.

If that is not an option, they added: “If he is charged with treason, an unbailable offence, let him be under house arrest as the trial goes on instead of treating him as if he has already been found guilty.”

Hichilema was moved from a prison in Lusaka to a maximum security facility outside the capital on June 9.

His case is awaiting its allocation to a High Court judge who will then set the dates for trial.

Zambia’s parliament suspended 48 opposition lawmakers on Tuesday for boycotting a speech by the president, widening a political rift that has alarmed rights groups.

|The lawmakers boycotted Lungu’s address at the official opening of the assembly in March, saying they did not recognise him as leader.