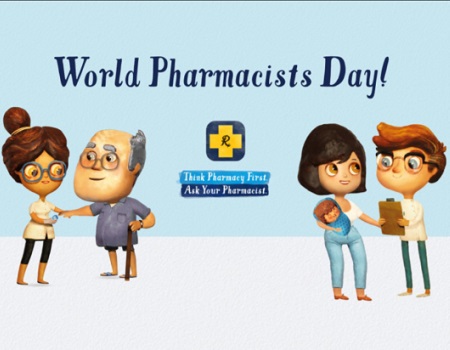 STAKEHOLDERS in the Pharmaceutical industry have advised the general public to prioritise their health care and stop craving over daily chores to the detriment of healthy living.

The stakeholders, including the Pharmaceutical Society of Nigeria (PSN) and National Agency for Food, Drug Administration and Control (NAFDAC), made the call at the commemoration of the World Pharmacists Day (WPD), organised by the society in Abuja.

The News Agency of Nigeria (NAN) reports that the WPD is commemorated on September 25 annually and the theme for 2018 is “Pharmacists: Your medicines experts’’.

Mrs Bridget Otote, immediate past Chairman, FCT Chapter of the society at a sideline interview with NAN, decried that a large number of the populace in the quest for daily living pay less attention to their health.

Otote also the Chairman, Local Organising Committee of the 2018 WPD, emphasised that often time, due to hardship, people undermine their health challenge and go after one business or the other.

On this year’s theme, Otote described it as a forum of experts in drug production, drug information and drug dispensing, among others.

He, however, cautioned the public against patronising illegal premises, describing such practice as harmful to their health.

Prof. Moji Adeyeye, the Director-General of NAFDAC, also advised the general public to desist from patronising quacks and drug hawkers, adding that majority of those drugs are unwholesome.

The director-general, who was represented by Mrs Chizoba Maduagwuna, Director of Pharmaceutical Services in the agency, however, urged Nigerians to report any illegal premises in their domain.

According to her, this will enable the agency swing into action and reduce the prevalence of drug hawking in the country and in the long run safeguard the health of Nigerians.

NAN also reports that the WPD is set aside by the Council of the International Pharmaceutical Federation (FIP) in 2009 during its congress at Istanbul, Turkey.

It is aimed at showcasing the key position pharmacists occupy as the backbone of healthcare in many different settings.

Coy to increase grassroots access to healthcare via mobile phone